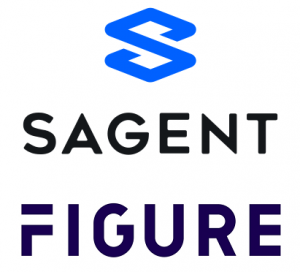 “Partnering with Figure not only adds a hyper-growth mortgage player as a Sagent customer, it also lets Sagent innovate faster than ever for all customers on our three major performing, non-performing, and consumer platforms,” said Sagent CEO and President Dan Sogorka. “Sagent is the only major industry platform prioritizing modernization over margins, and this deal rapidly accelerates our execution on rewiring banks and lenders for the agility and speed required in the fintech age."

“Together, we will reinvent the consumer mortgage servicing experience with Figure’s innovation speed and Sagent’s servicing depth,” said Figure Co-Founder and CEO Mike Cagney. “We’ll also begin bringing scale mortgage assets onto the Provenance Blockchain to reduce mortgage industry costs by up to 100 basis points from origination through securitization.”

"Sagent's deal with Figure not only adds a hyper-growth mortgage player as a Sagent customer following Figure's acquisition of Homebridge, but we're also combining Figure's innovation speed with Sagent's servicing depth to jointly modernize Sagent software," Sogorka told DS News. "It's an exciting time in mortgage and servicing innovation, and we believe Sagent's partnership with Figure can deliver modernization today while accommodating paradigm shifts that are brewing in our industry. One of those paradigm shifts is blockchain."