Home / Daily Dose / Home Insurance Prices Up Across the Board, Rising Faster than Inflation 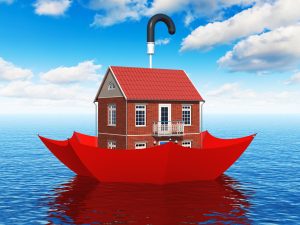 Based on a Policygenius study of 8,698 active home insurance policies quoted for renewal between May 2021 and May 2022, home insurance prices are rising at a faster rate than inflation, as costs are up nationwide since last year.

According to Policygenius, insurance prices continue to climb in part due to “skyrocketing” inflation and a sizable increase in natural disasters, as premiums are up 12.1% over last year.

During the survey period from May 2021 to May 22, data indicated that 90% of homeowners saw their quoted annual premium increase compared to the previous year, which comes to about $134 per home.

“From May 2021 to May 2022, the price of goods and services increased by 8.6% in the U.S.—the largest 12-month increase in over 40 years, according to the Bureau of Labor Statistics,” the study said. “In the same time period, home insurance costs in all but one of the states we analyzed have either kept pace with or increased faster than inflation, with 13 states seeing an average rate increase over 50% higher than the current inflation rate and 3 states seeing increases more than double the rate of inflation.”

State-by-state, Arkansas saw the highest percentage rate increase at 18.5% which roughly equates to $288 more at renewal time, as six companies were approved by state regulators to enact policy hikes of over 10%.

Arkansas was followed by Washington who posted an average of an 18.1% increase. This increase comes after a recent ruling by the state’s insurance commissioner that put a hiatus on insurance companies using credit scores to adversely affect rates, which in the short term led to most homeowners reporting higher rates.

“Texas and Colorado also saw steep rate increases over the last 12 months, while Oklahoma had both the highest average annual premium and average premium increase of any stat,” the study said. “Homeowners in these areas of the country face the compounding effects of higher rebuild costs in the wake of natural disasters—an occurrence that experts refer to as ’demand surge’—combined with sustained supply-driven inflation.”

On the opposite side of the scale, New York had the lowest average premium increase, 8%, which also made it the only state with a rate increase lower than the inflation rate.

Click here to read the original report in its entirety.