Home / Daily Dose / The Week Ahead: A Look at Delinquency Rates

The Week Ahead: A Look at Delinquency Rates 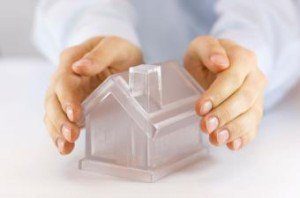 Serious delinquencies in Texas and Florida increased significantly, according to the Loan Performance Insights report released by CoreLogic in July. The report, which looks at foreclosure and delinquency activity, will be updated again this week covering the month of May on Tuesday, 9 a.m. ET.

For April, the report found that the percent of loans 90 days or more delinquent or in foreclosure in these Hurricane-affected states more than doubled, compared with where they were in the Fall of 2017 when the hurricanes struck. The 90-day-plus delinquent or in-foreclosure rate had also quadrupled in Puerto Rico.

At a national level, however, the share of home loans transitioning from current to 30 days past due was the lowest for April since 2000. CoreLogic said that early-stage delinquencies were declined to 1.8 percent in compared with 2.2 percent last year. The April report revealed that the foreclosure inventory rate was 0.6 percent, down a percentage point from 0.7 percent in April 2017. This compares with the lowest level of foreclosure inventory in June 2007.

The report will be covering statistics from May 2018.

Here's what else you can expect in The Week Ahead: