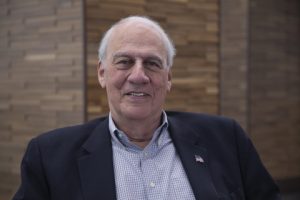 Herbert Wender intends to retire as Non-Executive Chairman of the Radian Group’s Board of Directors following completion of his existing term at Radian’s Annual Meeting of Stockholders to be held next year in May, the company announced. His retirement follows a decades-long tenure during which he "helped make Radian one of the most successful, dynamic and resilient companies in the mortgage and real estate industries," Radian reports.

Howard B. Culang will succeed Wender as Non-Executive Chairman. Culang has been a director of Radian since June 1999, and he serves as Chair of the Board’s Credit Management Committee, and on the Compensation and Human Capital Management and Governance Committees. Prior to his tenure at Radian, he was an executive in the mortgage industry including serving as Vice Chairman of Residential Services Corporation of America and Prudential Home Mortgage and as a Senior Credit Officer of Citibank, N.A.

“On behalf of the entire Radian family, I would like to offer a heartfelt thank you to Herb for his decades of incredible service to the company,” said Radian CEO Rick Thornberry. “His experience and deep knowledge of our businesses have been highly valuable to our company during his tenure. His work at Radian has helped so many people achieve the American Dream of homeownership and shape us into the tremendous company we are today.”

Thornberry added, “I also want to thank Howard for agreeing to assume the role of Non-Executive Chairman and I look forward to working with him. As we focus on growing our businesses and providing digital solutions across the mortgage and real estate spectrum, I believe that Howard’s business experience, expertise in emerging technologies and information security and the deep institutional knowledge of our company that he has acquired  through multiple business and economic cycles will serve Radian and its stockholders well.” 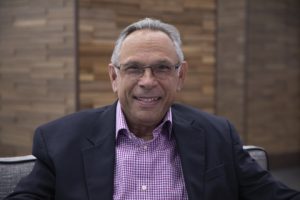 Wender served as Radian's Non-Executive Chairman and Lead Director since 1992 and, prior to that, as Chairman of the Board and CEO of Radian Guaranty Inc., Radian’s principal mortgage subsidiary.

“It has been an honor to have played a part in such an impactful and successful company for so many years," Wender said. "Radian has always sought to make the housing industry work better for the people it serves, and I know they will continue to build on that foundation moving forward. I look forward to seeing what they accomplish in the years to come."

Wender has advised the company during an array of pivotal periods, from its initial public offering to its current development of transformative technology, big data and artificial intelligence capabilities. Throughout his tenure, Wender supported the company’s growth and its diversification into products and services that span the residential mortgage and real estate spectrum, the company reported.