Fannie Mae recently began marketing its thirteenth sale of re-performing loans, or mortgages that were previously delinquent but are performing again because payments on the mortgages have become current with or without the use of a loan modification, as part of the company's effort to reduce the size of its retained mortgage portfolio. The sale consists of approximately 29,600 loans, having an unpaid principal balance of approximately $5.1 billion and marketed with Citigroup Global Markets, Inc. as advisor. Pools are available for purchase by qualified bidders. Interested bidders can register here.

The sale is being offered in six pools, all serviced by Mr. Cooper:

Earlier this year, Fannie Mae announced the results of its twelfth reperforming loan sale transaction. The sale was originally announced on June 13 and included the sale of approximately 16,500 loans totaling $2.6 billion in unpaid principal balance (UPB), divided into four pools, marketed with Citigroup Global Markets Inc. as advisor. The winning bidders of the four pools for the transaction were DLJ Mortgage Capital, Inc. (Credit Suisse) for Pools 1 & 2, Goldman Sachs Mortgage Company (Goldman Sachs) for Pool 3, and 510 Model I, LLC (400 Capital Management) for Pool 4. The transaction is expected to close on August 27, 2019. 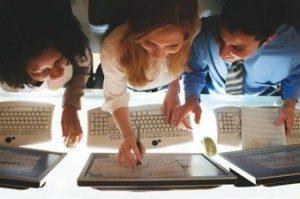 A provider of integrated risk management solutions combines forces with a lending compliance provider to create an end-to-end risk and compliance portfolio for the financial services industry.