The Cost of Household Renovations 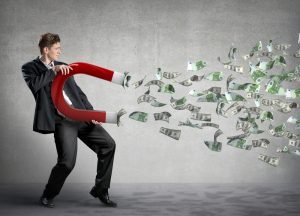 A new survey from Freedom Debt Relief reveals that 69% of homeowners with $10,000 in unsecured debt plan on renovating their homes in the next five years.

Additionally, 60% of homeowners said they are unable to afford needed upgrades and are willing to go deeper into debt to fund the renovations.

The survey states that 73% of homeowners planning renovations will finance the project with a debt-based financial product. Twenty-seven percent plan on paying in cash.

While homeowners are willing to go further into debt to renovate their home, J.P. Morgan Chase reported that student debt, which has double to $1.5 trillion over the past decade, is the fastest growing household debt.

“Although the financial returns from a higher education degree over a lifetime typically exceed the costs, roughly 22% of student loan borrowers are in default,” the report said. “As a result, some have framed the ‘student loan crisis’ as a crisis of student loan repayment rather than student loan debt.”

Among the findings by J.P. Morgan Chase was that the average family pays a median of $179 per month in loans of take-home income in months with positive payments. Nearly a quarter of families spend more than 11% of their income on student loans.