Home / Daily Dose / Economy Gets an Upgrade, Despite Housing Drag

Economy Gets an Upgrade, Despite Housing Drag 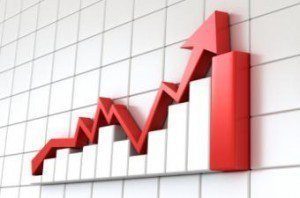 Signaling more change in a positive direction, the Fannie Mae Economic and Strategic Research (ESR) Group recalibrated its full-year 2018 economic growth forecast to 3 percent—up from 2.8 percent in the previous report. The group based its revision on expectations that third- and fourth-quarter inventory restocking will offset ebbing consumer spending growth and a drop in net exports, so details its August 2018 Economic and Housing Outlook.

Echoing previous reports, the ESR Group also pointed to trade policy as a primary source of downside risk. It maintained that loosening fiscal policy impacts and tightening monetary policy are key parts of its 2.3 percent growth projection for 2019.

The sole sector throwing a wrench in the works? It’s housing, Duncan said.

“Housing continues to drag on growth due to lackluster homebuilding activity, home sales, and brokers’ commissions; and its overall weakness likely reflects continuing inventory shortages, rather than a decline in demand,” he said.

For the fourth time in five quarters, residential investment chipped away at growth as housing activity lost steam across the board. Crimped supply continued to support home price hikes while helping block affordability, the ESR Group reported.

In the face of recent evidence that consumers might have bigger savings cushions to support future spending than formerly thought, the ESR Group also predicts that real consumer spending growth will ease off in Q3. As expected, government spending showed a strong increase in Q2, mirroring budget-related legislation, it says. But outside of any new stimulus, spending’s effect on growth should start waning in 2019, the group notes.

Additionally, after last quarter’s dash by international firms to “pull forward” U.S. imports in advance of previously announced tariffs, the ESR Group believes that trade will return to its previous status as an impediment on growth. This reflects both an about-face of last quarter’s surge and the negative ramifications of the strengthening dollar, it explains.

Previous: A Snapshot of the Housing Market in 2019
Next: FHA Provides Relief to Hurricane-Affected Homeowners

A new report reveals which types of households face a greater incidence of pandemic-induced income loss.