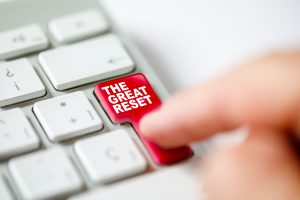 With the decline in borrower participation in mortgage forbearance programs and the end of foreclosure and eviction moratoria on the horizon, the latest in the DS News Webinar Series, “Post-Pandemic REO Expectations as Forbearance and Moratoriums Expire [1],” sponsored by Radian [2], was recently held to address the potential after-effects on REO properties.

In addition to predictions for foreclosures and REO activity post-moratoria, the webinar also outlined the benefits of using technology to help manage the expected surge in REO volume.

Oliverson has more than 18 years of experience in REO asset management, beginning in 2003 at Fairbanks Capital, and has continued to his current position. Prior to his work in REO, Oliverson originated mortgages, and worked in loss mitigation and collection departments. Oliverson is a seasoned manager with expertise in the transitioning, on boarding, team building, KPI development, and performance delivery of new and existing clients.

Bolos has more than 18 years of experience in the REO industry, and holds a bachelor’s degree in sales and marketing from Weber State University, while also holding an active real estate license in Utah. As VP of Operations, David is instrumental in the creation and ongoing development of Radian’s Pyramid Platform.

Radian had to pivot not only to keep up on the latest regulatory changes to keep their clients in their homes, but to also re-configure their teams and processes in order to continue serving their clientele.

“We've had to adjust staffing, and being part of such a great company like Radian has allowed us to move some folks to different areas the company,” said Bolos. “The positive byproduct of that has been that now we have REO staff that at some point will probably certainly come back, but they're much more well-rounded. They understand more of these other things that we do as an organization, but also the lifecycle of real estate.”

“We're all working in our separate little pods, but we still have to communicate as effectively as possible,” said Oliverson. “I've said this for a number of years that we're in the communication business, we just happen to sell REO … we happen to sell homes. If we don't communicate effectively, either through our tasking in the system, through emails or picking up the phone when our clients call, we're not doing a good job. We're not in the field with a hammer and a nail, we’re not doing any trash outs, we're not mowing lawns, but we are communicating and making sure those things are happening. So, communication, certainly in anything we do, but hyper-focus for us in our company and making sure we're keeping all the stakeholders are updated.”

As moratoria begin to expire in the coming months, both panelists agreed that there will be an increase in REO volume and it will have a direct impact on the rental market.

“What we're being told and what we see is that this will be a kind of a slow, yet a gradual growth in the default industry as a whole,” said Bolos. “We feel strongly about the technology Radian has to offer, as it will help us adapt to the increase in the default activity that's coming. But I think we all agree if it won't be really a tsunami, it'll be more of a gradual build.”

In terms of foreclosures, real estate agents and brokers are bracing for an influx of volume in that area as well.

“I've heard this whole experience being called ‘The Great Reset,’ which I think makes sense because people have re-thought their lives and have re-prioritized things by maybe moving to a different area,” said Oliverson. “The Great Reset has already started to happen in this niche market of REO that we work in. I think there'll be there will be a somewhat of a reset here and agents will moving on and what that presents is a really good opportunity for new agents who maybe have done a little REO or know REO to come in and work in that business.”

Click here to access a recording of the DS News webinar “Post-Pandemic REO Expectations as Forbearance and Moratoriums Expire [1].”