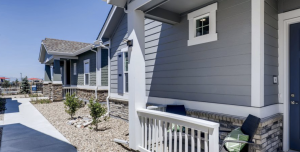 The researchers at RealtyTrac say the average Default Risk Score (DRS) for single-family rental homes declined by almost 16% in six months, dropping from 43.6 to 36.7 in the nation’s 100 largest counties based on property count. The drop is in part related to improving unemployment rates, say company representatives.

The RealtyTrac Rental Property Risk Report gauges the relative default risk, using a scale of 1-100, of single-family rental homes. Almost 90% of of these properties are owned by small-scale investors who own fewer than 10 properties, and many of them carry a mortgage, according to the RealtyTrac team.

New York County in New York was the most at-risk with a score of 73.7 compared with the previously top-ranked Mohave County in Arizona which had a score of 77.2 in February 2021. Salt Lake County in Utah maintained its position as the lowest-risk county with a score of 6.9, a decline from its previous score of 17.2.

“We’re seeing a decrease in the RealtyTrac Default Risk Score due to declining unemployment rates, one of the three criteria we analyze for our score,” said RealtyTrac EVP Rick Sharga. “But even with the decrease, the risk for default among these rental property owners is still very real, especially in California and Florida."

The researchers shared the 10 most at-risk counties, based on data from ATTOM, parent company to RealtyTrac.

Local National Association of Realtor (NAR) chapters last week were unsuccessful in efforts to vacate a federal eviction moratorium that the Biden Administration and Center for Disease Control (CDC) extended through October 3 (DS News has reported multiple extensions in about 18 month since its inception). NAR representatives say small-scale landlords are suffering financially due to the ban.

“About half of all housing providers are mom-and-pop operators, and without rental income, they cannot pay their own bills or maintain their properties,” says NAR President Charlie Oppler. “NAR has always advocated the best solution for all parties was rental assistance paid directly to housing providers to cover the rent and utilities of any vulnerable tenants during the pandemic. No housing provider wants to evict a tenant and considers it only as a last resort.”

RealtyTrac's Sharga says that with improving jobs numbers, it "makes sense to see a lower default risk for rental property owners. But many landlords still need financial relief after the government’s 18-month eviction ban, so it’s critical for state governments to begin distributing the $45 billion that has been set aside to cover missed rent payments for tenants whose income was impacted by the pandemic.”

The CFPB recently announced it will offer a tool to help landlords and tenants—about 3.6 million of whom the bureau says reported "somewhat or very likely" eviction within the next two months—to access billions of government dollars allocated to assist households unable to pay rent, utilities, and other housing costs.

DS News reported earlier this week that single-family rents went up five fold in the past year.

Investors in build-to-rent communities and homes, as well as all single-family rental investors, are encouraged to attend this fall's Single-Family Rental and Investment Roundtable, part of 2021 Five Star Conference and Expo, September 19-21 at the Hyatt Regency Hotel in Dallas, Texas.