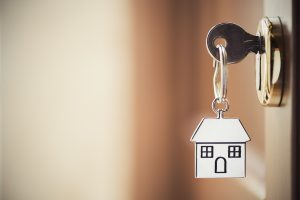 “Housing is a human right. Yet, millions of Americans pay more than half of their monthly take-home pay to keep a roof over their head. And more than half a million Americans don't have housing at all,” Senator Wyden said. “America is amidst a serious crisis of housing affordability, and it's a big challenge that demands big, bold solutions. As housing prices skyrocket, a generation of young people are increasingly locked out of homeownership. It’s time America’s lawmakers get with the program and enact 21st Century housing policies that adequately address 21st Century challenges.”

Zillow recently analyzed data that found affordability issues are expected to worsen by the end of the year, and are likely to leave millions newly housing cost burdened. The study found that mortgage payments as a percentage of U.S. income reached 19.4% in June, and are anticipated to surpass 2018 levels in August. Assuming home values grow in line with what Zillow economists have forecast, that percentage could rise to more than 23.1% by the end 2021, depending on where mortgage rates are heading in the coming months.

The DASH Act would make stable, safe, and decent housing available for all by:

Fannie Mae's recent Home Purchase Sentiment Index (HPSI) found that a s lack of inventory and elevated prices continue to make the prospect of home shopping and homebuying daunting for a majority of Americans. Pessimism toward homebuying conditions set an HPSI record in July, with the HPSI report, as on the buy-side, 66% of respondents felt it was a bad time to buy a home, up from 64% last month.

Tax provisions of the DASH Act include: