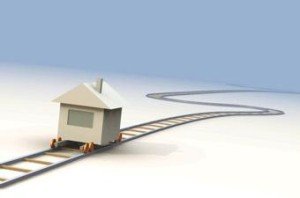 The government-sponsored enterprises (GSEs) completed 83,756 foreclosure prevention actions during May, according to new data released by the Federal Housing Finance Agency (FHFA).

The overwhelming majority of the GSEs’ actions in May were forbearance plans—77,218, up from 9,749 in April—while 4,577 were loan modifications, 1,598 were repayment plans, and 77 were charge-offs-in-lieu.

The FHFA reported that initiated forbearance plans declined from 989,594 in April to 392,338 in May. The total number of loans in forbearance plans at the end of May was 1,450,557, which represented slightly more than 5% of the total loans serviced by the GSEs.

The GSEs also completed 286 home forfeiture actions in May, which consisted of 218 short sales and 68 deeds-in-lieu.

Furthermore, the FHFA revealed that the GSEs’ 30-59 days delinquency rate fell to 2.53% in May but the serious delinquency rate inched up by less than a quarter-percentage point to 0.86%. Third-party and foreclosure sales totaled 344, down from 260 in April, and the decline was attributed to the GSEs’ suspension of foreclosures in response to the COVID-19 pandemic. As a result of foreclosures being suspended, foreclosure starts fell from 3,229 in April to 2,316 in May.

Elsewhere in May, the FHFA determined the GSEs’ total refinance volume rose to their highest levels in seven years as mortgage rates tumbled—the average interest rate on a 30-year fixed rate mortgage slid from 3.31% in April to 3.23% in May. During May, 14 refinances were completed through the High LTV Refinance Option, bringing total refinances through this channel to 46 since its inception earlier in the year. The percentage of cash-out refinances dipped from 30% in April to 28% in May.

Fannie Mae and Freddie Mac have completed 4,534,370 since they were put into federal conservatorship in September 2008, with more than half of these actions consisting of permanent loan modifications.