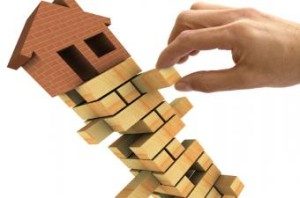 The Department of Housing and Urban Development [1] (HUD) is taking further steps to fulfill its mission in creating strong, sustainable and affordable communities throughout the country, this time through foreclosure protection in response to the flash flooding that recently occurred in West Virginia.

After two days of severe weather, flash flooding occurred throughout the state and affected a total of 44 counties. President Trump has declared the area a disaster zone, according to the press release.

In order to provide relief, HUD is assisting state and local governments in relocating displaced locals as well as streamlining their Community Block Grant and Home Programs so as to repair and replace the houses that were damaged. They have also granted a three-month moratorium on foreclosures for mortgages that are insured by the Federal Housing Administration.

In addition, HUD will be making mortgage insurance available to those that lost their homes and have to rebuild or rebuy—the insurance will also cover rehabilitation and repairs to damaged homes. For those that need to purchase a new home, the insurance will be financed 100 percent, and even cover costs incurred during closing.

But, it doesn’t stop there. HUD will provide guaranteed loans to state and local governments to be used for housing rehabilitation, repairs of damaged public infrastructure, and further economic development. The department will also share information with FEMA and the state of West Virginia to connect displaced renters with housing providers that have available units in the counties most affected, and disseminate information regarding other HUD programs that will directly affect those put out by the flooding.

You can read about other disaster relief programs that the HUD offers, as well as find other resources in times of crisis by going to the HUD’s website, here [2].