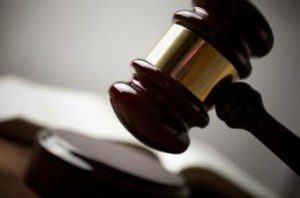 Former Fannie Mae CEO Daniel Mudd and the Securities and Exchange Commission (SEC) have reached a settlement for $100,000 over a lawsuit the SEC filed against Mudd nearly five years ago alleging subprime mortgage fraud, according to media reports.

Mudd, who was the CEO at Fannie Mae from 2005 to 2008, is one of six former GSE executives (three each from Fannie Mae and Freddie Mac) the SEC sued in December 2011, claiming they misrepresented to investors the amount of exposure to subprime loans the GSEs had incurred. The Commission's lawsuit alleges that during the years 2007 and 2008 immediately before the crisis, Fannie Mae executives said their exposure to subprime and riskier mortgage loans was about $4.8 billion when it was about 10 times greater.

Reuters reported that Mudd said of the settlement, “I appreciate Fannie Mae and the current leadership of the SEC stepping in to end a case that should have never been brought.” As part of the settlement, Mudd admitted no wrongdoing.

While the settlement was relatively small compared to the billions in loans that were in question, Mudd’s attorneys still felt like it was too much. John Keker, Mudd’s attorney, told MReport, “Fannie Mae agreed to pay $100,000 to end a case which never should have been brought in the first place.”

Mudd’s attorneys tried unsuccessfully to have the SEC’s case against him dismissed in January 2016. “He didn't do anything wrong, and the SEC’s case is unworthy,” Keker said in an email to MReportback in January.

A spokesperson from Fannie Mae said the GSE had no comment on the settlement.

The other five former GSE executives sued by the SEC previously reached settlements; Mudd was the last one to resolve his case.

Enrico Dallavecchia, Fannie Mae's former chief risk officer, and Thomas Lund, former EVP of Fannie Mae's single-family lending unit, settled in September 2015 for a combined total of $35,000. The relatively small amount of the settlement was surprising to many, especially considering that the U.S. Department of Justice made an announcement earlier that month stating that it plans to pursue the prosecution of individual employees, and not just their companies, for their role in precipitating the financial crisis in 2008.

Both Syron and Mudd were ousted from their respective positions with Freddie Mac and Fannie Mae in September 2008 when the Enterprises were taken into conservatorship by the federal government.

Previous: The Next Generation: Attracting New Blood to the Mortgage Industry
Next: Home Sales Predicted to Cool in Remainder of Year