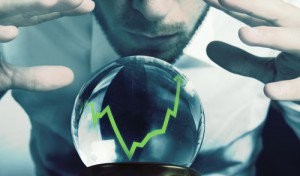 In last month's Home Value Forecast's top ten ranking, the Durham-Chapel Hill, NC CBSA was the only East Coast representative, but this month, it was shown that half of the top ten CBSAs are from the East.

"Looking deeper into our ranking shows that out of the 35 CBSAs we label 'hot' in our market condition ranking, 18 of them are from eastern states," said Tom O'Grady, CEO of Pro Teck Valuation Services. "Looking at all seven of our market condition ratings shows that almost 70 percent of the CBSAs we track are in a normal condition or better – further evidence of a broad recovery."
Specifically, Richmond, VA, reported for more than ten years before the housing crash between 6,000 - 8,000 single family homes added to the community per year. The report states that this has been cut in half over the last eight years, and has led to the current limited supply. But despite this, Richmond, much like the rest of the country, according to Pro Teck has seen an uptick in permits as builders continue to ramp up construction. Pro Teck believes that balance should return as new construction increases.

The report shows three Michigan CBSAs are still struggling with foreclosures affecting the recovery. For example, Flint's REO inventory has been high for nine years, thus dragging down prices and not allowing any substantial appreciation, according to Pro Teck

Additionally, the report notes that Flint's water crisis is not over, and unfiltered water still has high levels of lead. Pro Teck, cites Peter Muennig, a professor of public health at Columbia University, as having calculated that the 8,000+ Flint children found with elevated blood lead levels since 2014 will lead to $395 million in social costs for those exposed. Pro Teck believes while the water issues are not fully solved, there has been progress though and they hope for further progress that brings people and businesses back to the area.