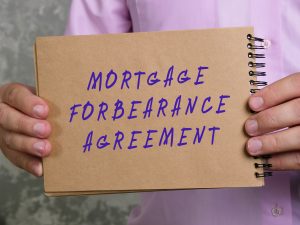 The latest Forbearance and Call Volume Survey from the Mortgage Bankers Association (MBA) has found that as of August 15, 2021, the total number of loans now in forbearance decreased by one basis point from 3.26% of servicers' portfolio volume in the prior week to 3.25%. According to the MBA's, an estimated 1.6 million homeowners remain in forbearance plans nationwide.

"The share of loans in forbearance was little changed, as both new requests and exits were at a slower pace compared to the prior week. In fact, exits were at their slowest pace in over a year," said Mike Fratantoni, MBA's SVP and Chief Economist. "There were more new forbearance requests and re-entries for portfolio and PLS loans, leading to a 10-basis-point increase in their share. Portfolio and PLS loans now account for almost 50% of all depository servicer loans in forbearance, and almost 40% of IMB servicer loans in forbearance, which highlights the importance of this investor category."

By stage, 10.0% of total loans in forbearance were in the initial forbearance plan stage, while 82.3% were in a state of forbearance extension, while the remaining 7.7% represented forbearance re-entries.

The slight dip in foreclosures can be found in the number of Americans returning to the workforce, as this week, the U.S. Department of Labor (for the week ending August 14) found the advance figure for seasonally adjusted initial unemployment claims was 348,000, a decrease of 29,000 from the previous week's revised level, marking the lowest level for initial claims since March 14, 2020, when that total stood at 256,000.

The MBA also reported that weekly servicer call center volume declined relative to the prior week, from 7.5% to 7.3%, with the average call length increasing from 7.5 minutes to 7.9 minutes.