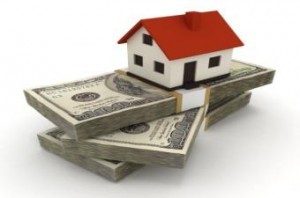 Single-family house prices rose by 5.6 percent over-the-year in the second quarter, according to FHFA’s quarterly Home Price Index (HPI) for Q2 2016 [1] released Tuesday—but the rate of appreciation seems to be slowing after months of steady gains.

“Although the appreciation rate for the second quarter was of similar magnitude to what we’ve been seeing for several years now, a close look at the month-over-month price changes during the quarter reveals a potentially significant market shift,” said FHFA Supervisory Economist Andrew Leventis. “Our monthly price index indicates that in each of the three months of the quarter, the increase was only 0.2 percent. This is a much more modest pace of appreciation than we’ve seen in some time and most likely reflects accumulated pressures from significantly reduced home affordability.”

That reduced affordability has finally trickled down to existing-home sales, which reversed their course in July and declined by 3.2 percent down to an annual rate of 5.39 million after four months of solid gains that saw them reach rates not seen since 2007.

While the recent month in the index indicates a slower rate of appreciation, home prices still increased over-the-year in Q2 in every state except Vermont. The top five states with the highest annual home price appreciation from Q2 2015 to Q2 2016 were Oregon (11.7 percent), Washington (10.3 percent), Colorado (10.2 percent), Florida (10.0 percent), and Nevada (9.6 percent). Out of the 100 most populated metros, the one with the highest over-the-year home price appreciation in Q2 was North Port-Sarasota-Bradenton, Florida (15.7 percent) and the one with the weakest was Bridgeport-Stamford-Norwark, Connecticut (minus 3.3 percent) according to FHFA.