Home / Commentary / Millennials: Are We Boxing Them Out of the Housing Market?

Millennials: Are We Boxing Them Out of the Housing Market? 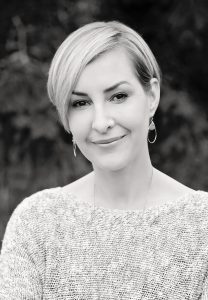 As the upper millennial population enters its 30’s, the heavy concentration of downtown dwellers that has been growing steadily for over a decade is finally beginning to peak. More and more we’re seeing the age group, which recently surpassed Baby Boomers as the nation’s largest living generation, seep outwards into the suburbs, as single-family rentals become more abundant than ever before. While they are notorious for taking their time to settle down, marry and establish a career, it appears millennials’ time for studio apartment living is dwindling. In fact, the majority of millennials say they do eventually want to buy a home. All that time spent convincing, as parents, that a home is a valuable investment is finally sinking in.

So if the American Dream of homeownership is still alive and well—why are we not seeing the jump being made from rental to purchase? In fact, the U.S. homeownership rate is falling—down to 63.5 percent, which is dangerously close to its 50-year low. One key contributing factor hovering over the entire housing market as it currently stands is the limited number of inventory. The number of homes for sale continues to drop, and nationwide we’re seeing potential sellers choose to bow out of the rat race in fear that they won’t be able to find a new home of their own. Traditionally, the market will experience ebb and flow as the older generation moves out of their bigger houses and downsize to accommodate the empty nest, passing their homes on to the younger generation. However due to the scars left over from 2008’s recession, coupled with the narrow availability of homes, this isn’t the case for the current real estate market.

Credit rates are also a factor to point the finger towards when it comes to restricting the millennial homebuyer. Current government policies are keeping credit conditions unnecessarily tight. And that’s not the only thing boxing them out from buying their first home. While mortgage rates hit historic lows, home prices are continuing to skyrocket across the country—much faster than the average income. This leaves millennials, still at the beginning of their careers, with very few options.

Interestingly enough, when it comes to where we are seeing the market turn slightly in millennial homebuyers’ favor, it’s in the area of the country in least demand. The highest percentage of closed home loans for the age group as of now, are overwhelmingly located in the Midwest, think Iowa and Oklahoma, while the majority of millennials tend to live in western states such as California, Utah and Washington state.  It’s a correlation that offers little assurance for those looking to settle down.

With millennials currently making up approximately 28 percent of the population, and homeownership amongst 25 to 34 year olds today coming in at nearly 10 percentage points lower than is traditional, the math just doesn’t add up. One startling fact pointed out by Pew Research Center on social and demographic trends, is that now, for the first time in 130 years, living at home (home as in, your childhood home with your parents), has become the most common living arrangement for young men and women aged 18 to 34.

With such a tight marketplace combined with overinflated real estate prices (it would take approximately 10 years for millennials to earn the necessary 20 percent down payment to buy a house in the in-demand urban locales they typically flock to), what’s the solution? It’s hard to predict, at this point in the game. But for those parents still housing their own millennials under their roof, they get to hold on to a few more golden years.