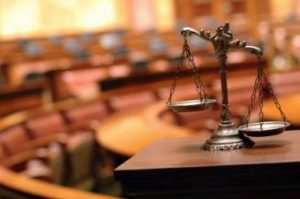 A group of landlords in Massachusetts is fighting at both the state and federal level to have an eviction and foreclosure ban lifted. They say the moratorium is hurting them financially and that it is unlawful. The case is being heard in a federal courtroom on Monday.

Landlords in a federal lawsuit filed last month argue that the pause on evictions that Governor Charlie Baker extended this week though mid-October is unconstitutional, Boston station WCVB reported.

On April 20 the Governor signed into law, “An Act providing for a moratorium on evictions and foreclosures during the COVID-19 Emergency.” The Governor last month extended the bill, which is evaluated from the "landlord perspective" on MassLandlords.net.

The defendants in this case are the state and the state Executive Office of Housing and Economic Development.

Richard Vetstein, an attorney for property owners, recently told the Boston Herald that the moratorium violates their constitutional right to petition the judiciary, the right of free speech under the First Amendment, and the right to just compensation for an unlawful taking of their property under the Fifth Amendment.

Vetstein represents one property owner and landlord who also is a nurse. Her tenants, as she launched the lawsuit, owed her some $20,000 in back rent, Vetstein told the Boston Herald.

“She’s a blue-collar nurse, and is in serious financial difficulty because of this,” Vetstein said. “When a tenant can’t pay, that burden flows down to the landlords.”

The state said it cannot comment on pending litigation.

The Governor last Wednesday defended the decision to extend the moratorium, according to WCVB, and said the "issue was compounded by lack of access to the courts."

Under the moratorium, tenants are still obligated to pay rent, the station reported.

In an earlier article, The Boston Globe reported on landlords who complained that some tenants were taking advantage of the COVID-19-related rescue. Some reported they were unable to evict tenants who had not paid rent since November, well before the pandemic.

The Boston NPR station, WBUR, last month hosted a panel on the arguments and rebuttals to consider as this case moves through the court system.