The Impact of a Centuries-Old Doctrine on the Mortgage Market 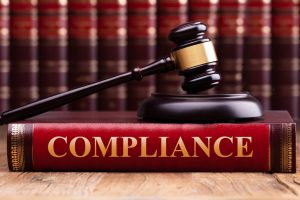 Rules promulgated by the Office of the Comptroller of the Currency (OCC) and the Federal Deposit Insurance Corporation (FDIC) in 2020 codified a doctrine known as the “Valid-When-Made” Rule. The new OCC and FDIC rules are under attack in the federal courts, with legal actions seeking to have the rules overturned. The potential effects of a successful challenge to these rules could have implications for lenders, servicers, investors, and law firms in the foreclosure area. They could also throw into question enforcement of interest rates and other terms on previously originated mortgages.

Legal League 100’s Special Initiatives Working Group (SIWG) has taken the “Valid-When-Made” Rule and authored a White Paper, “Implications for Mortgage Lenders, Servicers, and Investors if the ‘Valid-When-Made’ Rule is Overruled,” examining the history of the Rule, the impact of the Second Circuit’s decision in Madden v. Midland Funding LLC (786 F.3d 246 [2d Cir. 2015]), the rules set forth by the OCC and the FDIC, as well as the implications if this long-standing doctrine is eliminated.

In addition to the White Paper, on Wednesday, September 29 from Noon-1:00 p.m. CDT, LL100’s SIWG will present the webinar “Implications for Mortgage Lenders, Servicers, and Investors if the ‘Valid-When-Made’ Rule is Overruled." A panel of Legal League 100 members will discuss the implications of the Rule, in a timely and informative webinar, as the challenges to this doctrine could impact lending, the secondary market, and future foreclosures.

DS News had a chance to chat with Legal League 100 Chair Stephen Hladik, a Partner in Hladik, Onorato & Federman LLP, in advance of the webinar concerning the ramifications of a repeal of the “Valid-When-Made” Rule.

Hladik brings a range of experience to his foreclosure, and bankruptcy and practice at Hladik Onorato & Federman LLP. He obtained his law degree from Widener University with honors, where he served as Internal Managing Editor of the Law Review. He gained significant expertise in lending law enforcement, handling unfair or deceptive acts or practices (UDAP), Fair Debt Collection Practices Act (FDCPA), Real Estate Settlement Procedures Act (RESPA), and Truth-in-Lending Act (TILA) cases in his role as Deputy Attorney General in charge of the Harrisburg Office of the Bureau of Consumer Protection. 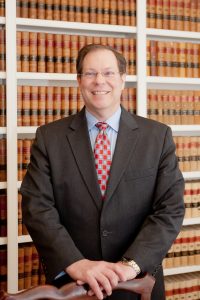 Within the lending community, as we look towards the future as moratoria are set to expire and there is the potential for increased foreclosures, there will be more scrutiny concerning this doctrine. Judges have interpreted it and have referenced it since at least the 1800’s.

Much of the current understanding of the Rule stems from federal deregulation and acts passed by Congress. The Depository Institution Deregulation Act, among other items, provided that a lender can export into other states or other places the maximum interest rate that is permitted where that lender is based. So in other words, if the State of Indiana were to permit somebody to lend at 21%, a lender based in Indiana could export that rate safely into another state.  If that other state were to have an interest rate cap of 6%, the Indiana-based lender would be able to lend at the state rate of Indiana to that out-of-state borrower. That's where the doctrine of “Valid-When-Made” stems from.

That loan was valid at 21% when it was made in Indiana by an FDIC-insured institution. When the originator sells that loan off, that interest rate would remain enforceable per the terms of the contract signed between the originator of the loan and the borrower. In other words, if it was deemed “valid” when made, it somehow doesn't transform itself into an “invalid” loan when the loan is transferred to a different holder.

We have seen a rise in many investors and institutions buying loans that aren't necessarily a national bank or an FDIC-insured institution. In order to sustain the secondary market on a national level, the “Valid-When-Made” Rule was and is very important.

If you disrupt, change, or alter this doctrine, you will affect the secondary market. Suddenly, if that interest rate of 21%, and I'm using that as an example, is no longer enforceable, it creates a multitude of legal issues.  A buyer of a loan at an institution presently recognizes protection of the Valid-When-Made Rule, and that it is able to enforce the terms of that loan as originally written when it buys the loan. And if the secondary market or investor no longer has that assurance that it can enforce a loan as written, it's going to cause problems within the secondary market.

DS News: Can you describe the Madden decision and its impact on the industry?
Hladik: The Second Circuit’s decision in Madden v. Midland Funding LLC is related to credit card debt, but relates to interest rates charged on a credit card. The Madden decision didn't expressly say a word about “Valid-When-Made,” and ignored the “Valid-When-Made” doctrine, but basically upset the apple cart. The person who stood in the shoes of the original credit card issuer suddenly couldn't enforce the terms as originally written.

In response to that, in 2020, you saw the OCC, as well as the FDIC, come out with proposed regulations, which were codified in the Code of Federal Regulations, that the “Valid-When-Made” Rule is an established lending doctrine that, if you search hard enough, you will find cases dating back to the 1790’s or 1800’s recognizing it. The courts use a phrase that “if it's valid when it was made or when the loan originated, the loan can't transform itself into an invalid or unenforceable loan when it is transferred to somebody else.”

That is the basis of the Rule, and now that Rule is under attack. There are federal lawsuits pending in the state of California which several states have joined in, and those states are seeking to have those rules rendered unenforceable.

If certain rules are thrown out, you start having mixed decisions about whether the Madden decision controls certain areas of the country. The Madden decision had an impact on the secondary market, and sales within that circuit. That's just the rule passed in one circuit, but if you throw these national and federal rules out, then it's going to be a circuit-by-circuit battle.

Legal League 100’s Strategic Initiatives Working Group has been paying close attention to all of this, and it certainly impacts our servicers, clients, investors, and we want to make sure that everyone is up to speed on what is going on.

I've already seen certain challenges in cases where the impact of an interest rate can be enforced as written, when it transfers to a non-bank. This is going to be an issue as the moratoria are lifted. We are at an unprecedented low number of foreclosures in this country right now, which is a good thing in light of COVID. We obviously don't want to be removing people from their properties, but we are at an artificial low that is well below normal times. If you look at a straight line of percentages of loans in foreclosure, from 1933-2008, it is a relatively straight line of the number of loans and foreclosures. We are well below that point now, so you will see a rise in foreclosures even to get it back to a normal level of foreclosures. When those new foreclosures become contested, the maximum interest rate could be one of the defenses that arise.

DS News: What are the implications if the “Valid-When-Made Rule” is overturned?
Hladik: I think you will see borrower defenses; you will see potential claims against law firms and servicers for potential fair debt claims, claiming that interest rates weren't enforceable in that particular state. You will see an impact on pricing and the secondary market.

Obviously, there's always risk in buying a loan, but you're enhancing that risk now for an investor. It adds risk into the equation of the secondary market, which inevitably is going to impact pricing.

You can see challenges of transferring and can see potential challenges to the enforceable interest rate. If that interest rate is not enforceable, you're opening the lender, servicer, or investor, up to claims and not only defenses for foreclosure, but you're also looking at potential Fair Debt Collection Practices claims.

Bottom line … there are a whole range of legal issues that can come about if this Rule is overturned.

DS News: Any closing comments?
Hladik: Legal League 100’s Special Initiatives Working Group (SIWG) did an excellent job in the White Paper of analyzing not just the history of the doctrine, but also its impact and potential in bankruptcy court.

The webinar, set for September 29 from Noon-1:00 p.m. CDT, will go further in-depth into what the Madden decision found, and we will discuss some decisions that just came out of Colorado, which were very favorable to the servicing community, and other cases from around the country.