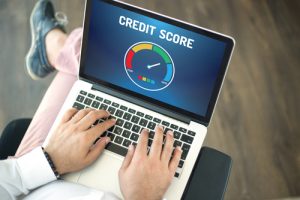 In a recent speech before The National Association of Real Estate Brokers' 70th Annual Convention, Mel Watt, Director of the Federal Housing Finance Agency [1] (FHFA), said [2] the topic of alternative credit scoring models has been among the most difficult evaluations he’s undertaken during his tenure.

Currently,  GSEs use the FICO credit scoring model, which some critics claim is outdated and less granular than more recent models. But Watt said in an early August statement that after evaluating, the FHFA deducted that short-term impact on access to credit wouldn’t be as significant as public discourse has implied. Watt also explained that the response FHFA has gotten from the industry suggests making any changes to the model before the Common Securitization Platform [3] is fully operational and Fannie and Freddie have implemented single security in mid-2019, no change should be made.

“Credit scores are only one factor the Enterprises use to evaluate loan applications and the Enterprises currently use the same or even greater levels of credit data in their underwriting systems as the credit scoring companies use,” Watt said. “All of this means that we have enough time and flexibility to get the additional input and information we believe will be important to making the right decision.”

Equifax Inc., Experian Plc., and TransUnion founded VantageScore in 2006, a credit scoring model that some are saying could allow borrowers to gain more access to credit. However, in a statement to Bloomberg [4], Joanne Gaskin, FICO [5] Senior Director of Product Management, said the model still wouldn’t derive an accurate score for borrowers who don’t have enough credit history and few consumers would meet loan requirements.

“FICO is committed to helping consumers achieve sustainable homeownership,” Gaskin told MReport. “This is best accomplished by building the most predictive credit score so that responsible lending can occur.”

Gaskin explained that the best way to safely expand access to credit is not by lowering standards, but seeking out new data sources to score consumers that are currently credit invisible. In regards to the allegations that FICO is dated, Gaskin said they support the testing and adoption of FICO Score 9.

“[It’s] our most predictive score to date, by the GSEs and FHFA, which incorporates rental data in addition to the Telco and utility data which is considered by the FICO Score in use today,” Gaskin said. “We have not lowered our minimum scoring criteria as it weakens the predictive value of the FICO Score, which has been trusted by the industry over multiple market cycles.”