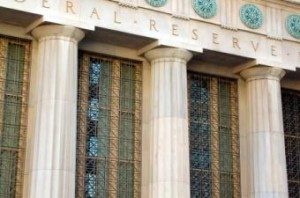 Today's financial system is a safer one thanks, in large part, to the Great Recession—as well as the reforms that followed it. Janet Yellen, Chair of the Federal Reserve said as much during her address at the Fed's annual conference in Jackson Hole, Wyoming, this morning.

In her speech, Yellen looked back at the crisis—now nearly a decade in our sights, offering insight into the lessons learned, the reforms made, and the impact both of these have on the financial markets of today.

"Because of the reforms that strengthened our financial system, and with support from monetary and other policies, credit is available on good terms, and lending has advanced broadly in line with economic activity in recent years, contributing to today's strong economy," Yellen said. "At the same time, reforms have boosted the resilience of the financial system. Banks are safer. The risk of runs owing to maturity transformation is reduced. Efforts to enhance the resolvability of systemic firms have promoted market discipline and reduced the problem of too-big-to-fail. And a system is in place to more effectively monitor and address risks that arise outside the regulatory perimeter."

According to Yellen, some of the biggest, and arguably most impactful, reforms made following the crisis were those that "increased the loss-absorbing capacity of global banks."

"Preeminent among these domestic and global efforts have been steps to increase the loss-absorbing capacity of banks, regulations to limit both maturity transformation in short-term funding markets and liquidity mismatches within banks, and new authorities to facilitate the resolution of large financial institutions and to subject systemically important firms to more stringent prudential regulation," she said.

Still, while Yellen says post-crisis reforms have made the American financial system "substantially safer," there are still challenges to be addressed.

"There is more work to do," she told the audience. "The balance of research suggests that the core reforms we have put in place have substantially boosted resilience without unduly limiting credit availability or economic growth. But many reforms have been implemented only fairly recently, markets continue to adjust, and research remains limited. The Federal Reserve is committed to evaluating where reforms are working and where improvements are needed to most efficiently maintain a resilient financial system."

Yellen's term as Fed Chair will conclude on Feb. 1. President Trump has not yet indicated whether he intends to reappoint her or not. Read Yellen's full remarks here