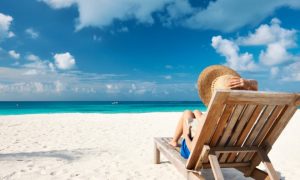 Fortune favors the bold, and in July 2022 search patterns saw a major shift in what destinations homeseekers were considering, but despite that, the top five destinations remained the same: Mexico, Canada, Costa Rica, Puerto Rico, and Belize.

Point2, the news and research division of Yardi Systems Inc., revealed in a new report authored by Andra Hopulele that starting in the second half of 2020, and especially in 2021, Americans jumped at the opportunity to escape virus-ridden urban areas and moved to the suburbs and beyond. Searches for homes abroad were especially prevalent.

Homeseekers used terms like “homes for sale in Puerto Rico,” and “condos for sale” to search for homes, but moreover, the explosion in searches really stood out compared to 2015 and 2018, the first two years that Point2 analysts began following Americans’ interest in buying vacation homes abroad.

So what has changed over the last 12 months? Keyword analysis shows that Mexico retained its first-place position as America’s favorite destination-of-choice for vacation homes, as searches for this destination increased by 60%. Canada came in second, but keyword analysis revealed that searches for this location dropped by 13%.

“Although we’re not talking huge numbers (as real estate-related searches went from 680 to 1,810 per month) Haiti claimed the most significant spike in interest from American homebuyers: Certainly, an 166% increase is nothing to sneeze at,” Point2 wrote in their analysis. “Two more countries followed in its footsteps: Chile and Aruba saw their numbers of searches double in just one year. They stood out due to their net numbers, as well: Both countries had more than 3,000 monthly searches in 2021. Then, after 2022 increases of 130% and 116%, respectively, they had close to 7,000 and 8,000 monthly searches from the U.S. alone.” 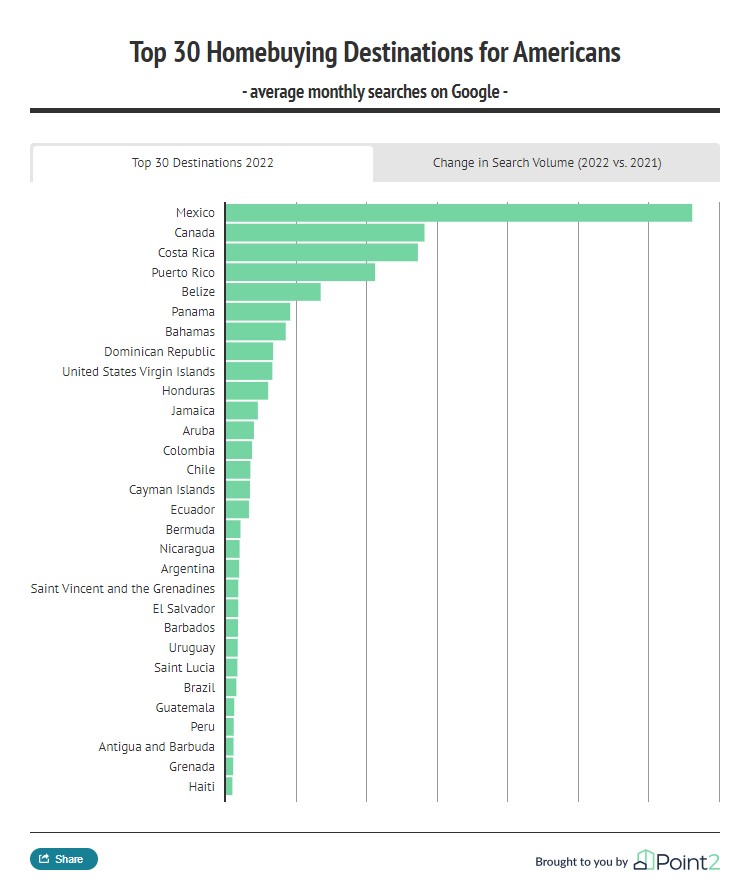 Click here to read the report in its entirety.