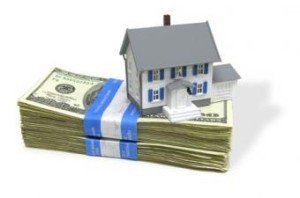 The risk of a recession is on everyone’s mind, both in the U.S. and around the world. Realtor.com notes that Germany is already teetering on the brink of recession and the U.K. is facing unrest related to “Brexit”, while in the U.S., a rapidly escalating trade war with China is increasing fears. However, despite these risks, real estate should be safe, unlike in 2008.

"This is going to be a much shorter recession than the last one," predicts George Ratiu, Senior Economist with realtor.com. "I don't think the next recession will be a repeat of 2008. The housing market is in a better position."

About 2% of economists, strategists, academics, and policymakers believe a recession will start this year, according to a recent from the National Association for Business Economics. Thirty-eight percent believe one will begin in 2020, while 25% anticipate one starting in 2021. Fourteen percent expect it won't materialize until after 2021.

In the event of a recession, potential buyers holding out for a home price crash may be disappointed. According to realtor.com, there simply aren't enough homes being built to satisfy buyers, and demand is unlikely to drop off any time soon.

Additionally, the anticipation of a recession is likely to make the shortage even worse as potential sellers postpone selling if prices drop. Another risk will be potential layoffs and job shortages, meaning homebuying power will be limited.

"If we do go into a recession, there will be layoffs," says Ali Wolf, Director of Economic Research at Meyers Research. "If you move from a two-income household to a one-income household, it doesn’t change the desire to own. But it does impact the ability.”

Realtor.com's Ratiu believes prices will flatten, but likely not fall. Meanwhile, the number of home sales will also remain flat or potentially even dip, he believes.

Other economists expect the recession to take a bigger toll on housing.

"With people having PTSD from the last time, they’re still afraid of buying at the wrong time," Wolf says. "But prices aren’t likely to fall 50% like they did last time.