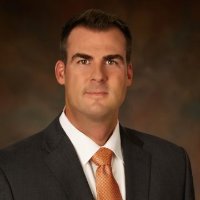 During the primaries, Stitt gained the support of politicians and businessmen alike, including Texas Senator Ted Cruz.

“Our republic requires an active participation from all of us, and it’s encouraging when solid conservatives step forward to run for office,” said Senator Cruz. “I’m asking Oklahoma voters to carefully consider the choices before them this election cycle and to stand with those who have proven themselves to be conservatives of conviction.  In the race for Governor in Oklahoma, I am proud to endorse Kevin Stitt, and I urge the voters in Oklahoma to join me by supporting him.”

“I would like to congratulate Kevin on his well-deserved win in the Oklahoma Republican Primaries,” said Ed Delgado, President, and CEO of the Five Star Institute. "I’ve had the honor of knowing Kevin for many years and have seen first hand the depth of his character and conviction for doing the right thing. I have no doubt that those qualities will serve him well as he serves the people of Oklahoma as their next Governor.”

Stitt also gained the support of Oklahoma Insurance Commissioner John Doak, who noted his background outside of politics.

“Kevin Stitt is a business leader, not a politician,” said Commissioner Doak. “I urge my fellow Republicans to support an outsider not a career politician, I have met with Kevin and believe that he has the passion and focus to make Oklahoma a better place for future generations. Kevin is committed to serving the entire state not just Tulsa and OKC. Having a Governor that will regularly travel the state to all 77 counties is very important for input and direction. Stitt will bring common-sense solutions to Oklahoma!”

Previous: Freddie Weighs in on Housing Market
Next: How Hurricane Lane Impacted Homeowners in Hawaii