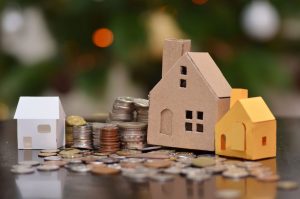 “The market may be starting to cool slightly, but at the moment there is not enough supply to match the demand from would-be buyers,” said Lawrence Yun, NAR’s Chief Economist. “That said, inventory is slowly increasing and homeshoppers should begin to see more options in the coming months."

Some of the more-unusual trends observed earlier in the year are beginning to wane, and the market shows some sign of forthcoming stabilization.

“Homes listed for sale are still garnering great interest, but the multiple, frenzied offers—sometimes double-digit bids on one property—have dissipated in most regions,” Yun said. “Even in a somewhat calmer market, a number of potential buyers are still choosing to waive appraisals and inspections.”

As of July, 27% of buyers bypassed appraisal and inspection contingencies. By refraining from these evaluations, in most cases, buyers are looking to accelerate the homebuying process, Yun explained. 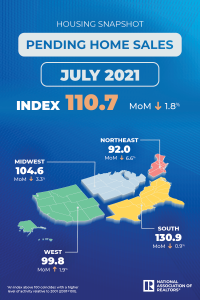 Yun forecasts that mortgage rates will start to inch up toward the end of the year. "This rise will soften demand and cool price appreciation."

"In just the last year, increasing home prices have translated into a substantial wealth gain of $45,000 for a typical homeowner," he said. "These gains are expected to moderate to around $10,000 to $20,000 over the next year."

With the slight uptick in mortgage rates, he expects existing-home sales to marginally decline to 5.99 million, compared 6 million in 2021.

Previous: Forbearance Plan Volume and Exits Slow Their Pace
Next: CFPB: Servicers Must Double Their Efforts to Protect At-Risk Borrowers