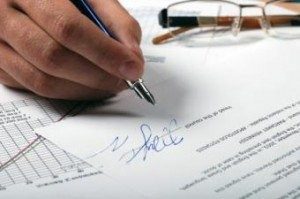 The National Fair Housing Alliance (NFHA) along with nine local fair housing organizations filed an amended discrimination complaint with the Department of Housing and Urban Development against Bank of America on Wednesday, citing illegal discrimination by Bank of America in African American and Latino neighborhoods in six additional cities.

NFHA and the nine fair housing organizations investigated an additional 399 Bank of America foreclosures and found that Bank of America continues its failure to properly maintain foreclosed properties in African American and Latino neighborhoods.

This new evidence formed the basis of the amended complaint. The complaint is now comprised of evidence from 1,267 Bank of America properties in 30 metropolitan areas and 201 cities throughout the United States.

“Bank of America’s deliberate neglect of its foreclosures in communities of color creates financial concerns as well as health and safety risks for people living near poorly-maintained foreclosed homes,” said Shanna L. Smith, President and CEO of NFHA. “Too many of these foreclosures have overgrown weeds, unsecured doors or windows, and debris left in the yard, creating perfect breeding grounds for rats, mice, snakes, and mosquitoes. Bank of America is exacerbating the risk of spreading the Zika virus in south Florida by allowing standing water to accumulate in pool covers, tires, and debris around these foreclosures.”

A report from the Washington Post though says that Bank of America gave a statement that questioned the credibility of the claims, saying that previous reports by the NFHA had dramatic flaws in methodology.

“Bank of America has a strong track record and uniform policies for properly maintaining and marketing properties, yet NFHA has continuously presented inaccurate and misleading information as ‘research’ while, at the same time, seeking significant money from our company.”

Additionally, the report states that Bank of America cited the following as what it says are problems with NFHA’s methodology:

For example, the organization faulted the bank for properties that other entities had the responsibility to maintain and market, expressly declined to consider properties under repair, and included properties the bank had agreed to donate to local groups. And yet, through multiple amended complaints, NFHA has never contacted the bank about specific properties. Had they reached out to us, we would have helped them ensure the accuracy of their information.

The disposition of a property is also dependent upon the requirements of the mortgage investor holding the property. For example, Fannie Mae and Freddie Mac immediately accept the foreclosed property and take over the maintenance and marketing of it. On the other hand, FHA/HUD properties must be put into “conveyance condition” prior to being turned over to the government agency for marketing. Repairs can be extensive, expensive and time-consuming, and vandalism sometimes sets the project back and can greatly extend the time leading to conveyance.

The fact is Bank of America applies neutral and uniform practices to the management of vacant bank-owned properties across the country, regardless of the demographic makeup of their location. Any suggestion to the contrary is simply untrue.

Spokesperson for NFHA, Pamela Bond says, “We've reached back to them as far as 2009 and they are aware of the concerns that we have in African American and Latino neighborhoods regarding the foreclosures and how poorly they have been maintain so they have that information and they are aware of that information. The Nation Fair Housing Alliance has met with their senior leaders to discuss the issues that are of concern to us."