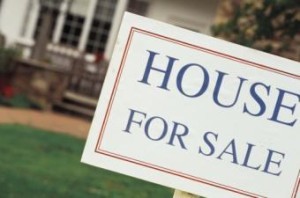 Pending home sales in July swelled to their second-highest numbers in more than a decade, in the face of the tight inventory and flagging returns on existing-home sales this summer, according to the National Association of Realtors.

NAR’s Pending Home Sales Index for July 2016 found that, based on contract signings, pending sales rose 1.3 percent to 111.3 in July. That is 1.4 percent higher than last July and is second-highest reading this year, after April’s index of 115.

The uptick was nationwide, except for the Midwest, where pending sales dropped nearly 3 percent in July. The Northwest and South each inched up by 0.8 percent, but the West showed a 7.3 percent increase in pending sales.

Lawrence Yun, NAR’s chief economist, said the index in the West was the highest in over three years, largely because of stronger labor market conditions. “If homebuilding increases in the region to tame price growth and alleviate the ongoing affordability concerns,” Yun said, “the healthy rate of job gains should support more sales.”

Yun also noted that the size and costs of new homes has dropped over the past year. He called the trend an early indication that homebuilders are beginning to shift away from larger, more expensive homes at the upper end of the market and toward properties more geared for buyers in the middle and lower price tiers. “Realtors in several high-cost areas have been saying for quite a while that there is robust demand for single-family starter homes and townhomes at an affordable price point for young buyers,” said Yun. “The homeownership rate won’t move up from its over 50-year low without a meaningful boost from first-time buyers, whose participation has yet to noticeably increase so far this year despite mortgage rates near all-time lows.”

Stephen Melman, Director of Economic Services with the National Association of Home Builders (NAHB), noted, “The housing recovery is reaching the point in the cycle when new residential construction is adding smaller entry-level homes into inventory. Townhouse construction outpaced the rest of the single-family market during the second quarter of 2016. That trend toward smaller and less expensive new single-family construction has begun to improve affordability in the West, sparking momentum that suggests increasing sales among first-time buyers across a wider range of markets in 2016.”

“More home shoppers having success is good news for the housing market heading into the fall,” Yun said. “But buyers still have few choices and little time before deciding to make an offer on a home available for sale. There’s little doubt there’d be more sales activity right now if there were more affordable listings on the market.”