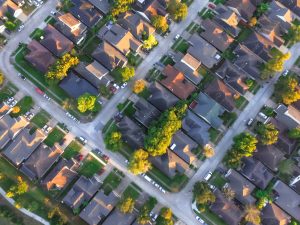 The Biden Administration and several government agencies have been collaborating, tweaking policies, and expanding programs in an effort to increase the alarmingly short housing supply and make homeownership attainable to more Americans. As part of that effort, the Federal Housing Finance Agency (FHFA) is making changes to its First Look program, which gives non-corporate homebuyers priority over investment companies when purchasing Fannie Mae and Freddie Mac real estate owned properties.

In addition to an earlier announcement that Fannie Mae and Freddie Mac will be significantly increasing their Low-Income Housing Tax Credit investments to boost housing supply in underinvested areas, the agency that oversees the enterprises on Thursday announced it will extend its First Look time period for non-corporate REO buyers from 20 to 30 days—that will give owner-occupied home buyers a leg up on corporations when purchasing foreclosed-upon properties.

According to FHFA, the program that was launched in 2009 promotes owner occupancy and neighborhood stabilization by providing individuals, families, and nonprofits with a longer amount of time to find adequate financing on these REO properties.

FHFA Acting Director Sandra Thompson says extending the amount of time owner occupants have to bid on a REO property, without competition, is especially important for neighborhood preservation in a market where the supply of homes for sale is severely limited.

"By providing greater access to affordable homeownership opportunities, expanding the First Look Program is one step in addressing the gap between the supply and demand of single-family homes."

FHFA's changes represent just a couple of a slew of actions announced by the Biden administration, whose Build Back Better plan aims to "create, preserve, and sell nearly 100,000 additional affordable homes for homeowners and renters across the country over the next three years," according to White House Fact Sheet issued Wednesday.

The White House, HUD, and FHFA report they plan to regularly convene with state and local officials and stakeholders for a series of sessions to advance the presidential plan.

The comprehensive list of actions by the White House and agencies is available at whitehouse.gov.

Previous: Both Inventory and New Listings on the Rise in August
Next: SimpleNexus Joins GSE-Approved eMortgage Providers