The Pandemic’s Toll on Small Landlords 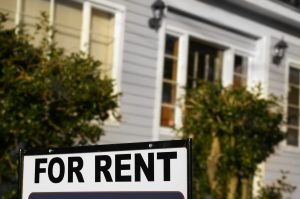 Even though the Supreme Court recently ended the federal eviction moratorium, landlords across the nation are still reeling from the effects of the pandemic.

According to a survey of 1,000 landlords and 1,300 tenants conducted by the Urban Institute, a non-profit research organization based in Washington, D.C., and Avail, an online rental management servicer, landlords are increasingly deferring routine maintenance when tenants cannot make rent.

The survey found that 28% of landlords either delayed maintenance or skipped it altogether when renters cannot or will not pay their rent. It also found that 27% of the tenants surveyed reported that their maintenance requests have been going unanswered. While a majority of the repairs needed were minor or cosmetic, 27% of the requests involved major structural repairs and another 28% involved plumbing. These major problems become more costly to repair as time goes on.

"Maintenance has become so difficult for our landlord that most of the time we are doing it and paying for it ourselves," says one renter quoted by the survey.

"When asked why they deferred maintenance, 62% of landlords cited financial reasons," the study said. "Finances were by far the largest contributing cause, followed by difficulty accessing the rental unit and difficulty hiring help or maintenance personnel (both 27%)."

The answer for landlords and tenants alike could lie in emergency rental assistance.

"More importantly, the number of landlords who are postponing maintenance reinforces the need to allocate emergency rental assistance as quickly as feasible. As we recently noted, states are struggling to distribute ERA, and renters, unsure of their eligibility and confused by the applications, are not applying for it. Recent U.S. Department of the Treasury data on ERA compliance indicate that even though the pace of distribution is increasing, only $3 billion of the $25 billion of the emergency rental assistance authorized in December had been distributed by the end of June."