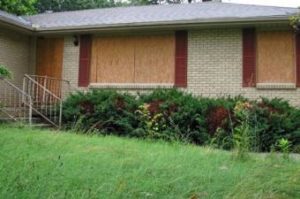 Kansas City holds more than 5,000 blighted homes and vacant lots, but that may soon change thanks to a new investment pool from AltCap, called the KC Home Rehabber Loan Fund.

“The “first-of-its-kind partnership” will provide title clearing services and loans to rehabbers restoring abandoned homes in the urban core,” said AltCap President Ruben Alonso III. “AltCap will manage the funds, underwriting and services loans to rehabbers that are working in partnership with neighborhood associations.”

“The short-term loans will be used to hire laborers, contractors, plumbers, electricians and other construction trades, creating local jobs and supporting economic activity, while revitalizing homes and neighborhoods in the urban core,” he added.

Altcap notes that blighted areas are magnets for crime, reducing property values and lowering the quality of life for residents in the area.

“Abandoned or vacant homes can have a significant blighting effect on neighborhoods,” said AltCap. “The resulting decrease in property values and frequent increase in illicit activity and crime can lead to further deterioration and disinvestment of the neighborhood. AltCap's KC Home Rehabber Loan Fund is created to support small contractors in helping to revitalize Kansas City neighborhoods negatively impacted by the effects of abandoned or vacant homes.”

The investment pool aims to provide the funding necessary for small contractors to acquire and rehab homes, turning them into affordable housing for low-income, working families.

Kansas is following the footsteps of other cities that are taking steps towards eliminating vacant properties. DS News recently reported that Chicago had spent nearly $170 million fighting the problem in the aftermath of the financial crisis, courtesy of HUD’s Neighborhood Stabilization Program. In 2011, Chicago city government launched an initiative called the MicroMarket Recovery Program (MMRP). The MMRP narrowed its focus to specific blocks that had high concentrations of these abandoned foreclosure properties, then set out trying to figure out ways to rehab them into affordable homes for rental or purchase.

Read more about how Chicago is combating the urban blight problem:

Previous: The Best Cities for Raising a Family
Next: Using Taxes to Fight Urban Blight