Should Mortgage Servicing Be Reformed? 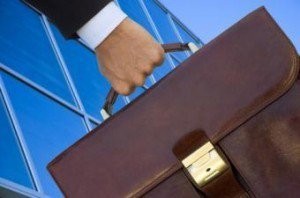 A recent report from the Urban Institute discusses the opinions of speakers at a recent panel discussion cohosted by the Urban Institute and CoreLogic, who feel the high cost of servicing must be addressed, along with improving the experience of borrowers, evaluating stronger regulatory oversight of new players, and promoting innovation and competition. Urban Institute also reports that those in the industry must also reassess the method of paying servicers for their work given that the flat rate, which has been in use for three decades, is what they believe to be misaligned with the actual cost of servicing mortgages. The report says that there may not be consensus on the details, but most agreed that the consequences of further delay could be severe.

Urban Institute reports that under the current compensation structure, which has been in place since the 1980s, servicers are paid a flat 25 basis point fee for conventional mortgages. Housing Finance Policy Center Co-Director Laurie Goodman says, “this regime pays servicers too much for servicing performing mortgages and too little for servicing nonperforming ones.”

Urban Institute also reports Raghu Kakumanu, Senior Vice President at Wells Fargo as sharing that the cost of servicing nonperforming loans “can be highly unpredictable” because delinquent borrowers “need personalized help”. The report notes that this means servicers cannot reasonably estimate how many loss-mitigation actions, how much time, how many resources, and how much money it will take to reinstate a nonperforming loan or see it through to foreclosure.

The report says that this matters because the exorbitant and unpredictable cost of servicing nonperforming loans gives lenders a strong reason to avoid lending to borrowers who have even a slight probability of default. Urban Institute feels that the current servicer compensation model is a large contributing factor to tight credit for those without pristine credit scores.

In September 2011, the Federal Housing Finance Agency (FHFA) released a detailed discussion paper for public comment in an effort to reform servicer compensation. The report cites that this paper discussed two options. The first being a “reserve account” model that would require a portion of servicing income to cover the cost of servicing nonperforming loans and the second being a “fee-for-service” model that would pay servicers a set dollar fee for servicing performing loans and an incentive compensation tied to positive actions or outcomes for nonperforming loans.

But the report states that the FHFA had to defer further action on this effort for several reasons. One of them was the fact that the mortgage market was too fragile in 2011, and the industry was too busy addressing delinquencies to take up any major reforms. Another according to Ed DeMarco, Senior Fellow at the Milken Institute and former acting director of the FHFA, was servicers “had their hands full trying to keep up with evolving loan-modification programs”. The report also states that there was lack of clarity on what DeMarco says “the servicing rules and requirements were going to look like going forward”.

Urban Institute states that none of these reasons are relevant today, though, and they see the mortgage market as stronger, with house prices rising and delinquencies and modifications approaching pre-crisis levels. The report states that in fact, the housing market has not only stabilized, but has improved significantly since 2011. Urban Institute also notes that in addition, the Consumer Financial Protection Bureau (CFPB) finalized its servicing rule three years ago, giving servicers greater regulatory certainty and the CFPB has continued to enhance and update these requirements, with a recent update adding several “clarifications” and “clean ups” that servicers requested, according to Laurie Maggiano, Program Manager at the CFPB.

Urban Institute says that the most important reason to move forward on these reforms is the high cost of inaction. The report states that status quo puts the industry on a path to continued increases and volatility in servicing costs, tighter credit for low- and moderate-income borrowers, and increasing safety and soundness risks posed by the growing role of non-banks. The report also states that the status quo leaves in place barriers that they feel stifle competition and discourage technological innovations that might help reduce servicing costs or improve customer service.

2016-09-06
Kendall Baer
Previous: How to Work a Conference
Next: Six Rivers Land Conservancy Makes Appointments to Board of Directors