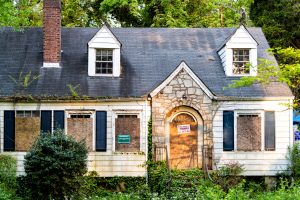 The number of zombie properties declined in Q3 of 2021, but those figures are expected to rise in the coming months as the after-effects of the eviction moratorium come to fruition.

According to the Q3 Vacant Property and Zombie Foreclosure report by ATTOM, 1,332,706 residential properties in the U.S. currently sit abandoned, 1.4% of the nation’s total supply of 98.4 million units.

The number of pre-foreclosure properties that have been abandoned, turning them into zombie properties, dropped slightly, from 3.6% in Q2 to 3.5% in Q3.

“Among the nation’s total stock of 98.4 million residential properties, the portion represented by zombie foreclosures remains miniscule,” the report said. “Just one of every 13,060 homes in the third quarter sit empty in the foreclosure process, down from one in 12,256 in the second quarter of 2021, and from one in 12,486 in the third quarter of last year.

The number of zombie properties is important because it is one of the many measures used to determine the strength of the market.

“The decade-long, national home-price boom has continued roaring ahead in 2021, with double-digit annual gains throughout most the country, and almost no blight stemming from vacant properties in foreclosure. That has happened despite economic damage to major sectors of the U.S. economy connected to the Coronavirus pandemic that hit early last year,” the report continued. “But the number of foreclosures—and with it, the number sitting vacant—is almost certain to increase because the federal government recently lifted a 15-month moratorium that had prevented lenders from taking back properties from homeowners who fell far behind on mortgage payments during the pandemic. An estimated 1.5 million to two million homeowners were in some kind of forbearance when the moratorium ended in July 2021.”

“Vacant properties in foreclosure, and the resulting potential for neighborhood decay, continue to be a non-issue overall in most of the country. But that could easily change over the coming months as lenders are now free to take back properties from delinquent homeowners,” said Todd Teta, Chief Product Officer for ATTOM. “How much, how fast and where that happens will depend on how different banks approach the situation. Some may decide to vigorously pursue foreclosures to recoup losses from the pandemic while others give homeowners more time to get back on their feet. But it’s hard to imagine that zombie foreclosures will continue be so few and far between across the national landscape.”

While zombie foreclosures are down in 31 states, the largest counts remain in the Northeast and Midwest, with high concentrations in New York, Ohio, Florida, and Illinois.

Among states with at least 50 zombie foreclosures during Q3, the biggest decreases from Q2 to Q3 are in:

Aside from Portland, Cleveland and Detroit, the highest zombie-foreclosure rates in major metro areas with at least 500,000 residential properties and at least 100 properties facing foreclosure in the Q3 were found in Atlanta, Georgia (10.1% of properties in the foreclosure process are vacant), and in Indianapolis, Indiana (8.3%).