Home / Daily Dose / Which States Are Most At-Risk for Wildfire Damages?

Which States Are Most At-Risk for Wildfire Damages?

Wildfires most commonly affect the Western U.S., but climate change and the region’s severe drought of recent years has only intensified the issue. Decreasing water levels in the Colorado River and Lake Mead, along with declines in snowpacks, have contributed to a longer wildfire season by an average of three months, resulting in a 1500% increase in burn areas.

Over the past decade, CoreLogic data found that wildfires burned an average of 6.8 million acres per year, with that number topping 10 million acres in three of those years. 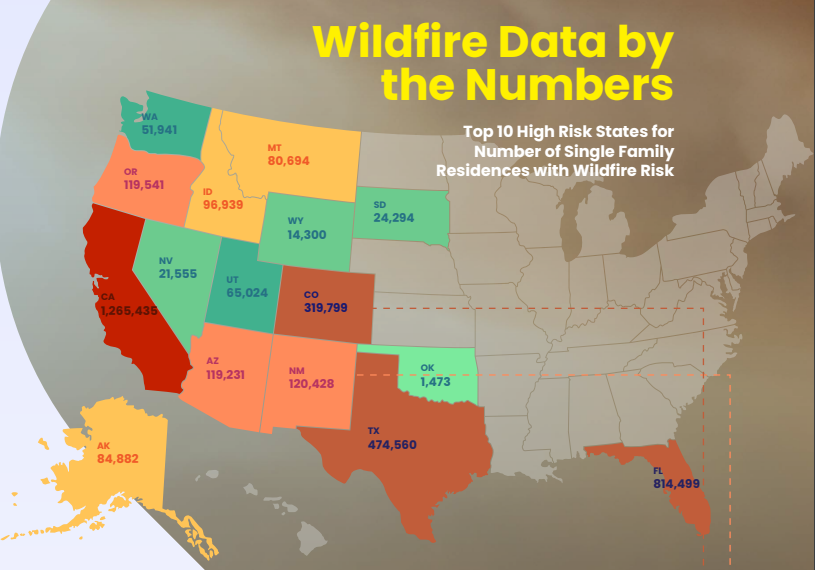 The 2022 CoreLogic Wildfire Report accompanies worrisome trends in wildfire-prone California, which is grappling not only with prolonged drought conditions, but also with firefighter shortages. The Golden State employed about 25% fewer of these crucial first responders in the summer of 2022 than initially projected, amounting to 1,300 unfilled jobs.

Since California is the most populous state in the U.S. and also has the largest number of properties, it is once again the state where owners run the greatest risk of wildfire damage. Florida, Texas, Colorado, and New Mexico round out the top five other riskiest housing markets for wildfire damages.

Two counties in Colorado and New Mexico have particularly concerning wildfire damage risks, given the number of homes that could be impacted. In Colorado’s El Paso County –the state’s most heavily populated and home to Colorado Springs– a wildfire could affect 39,000 homes, whereas New Mexico’s Santa Fe County has an even greater percentage of risk, given it is much smaller.

If a wildfire displaces large portions of a population at once, there are obvious societal ripple effects. Recovery times may take longer, fewer local workers might be available due to the disaster’s impact on their own lives and housing options could be slim for outside workers helping to rebuild the damaged communities. 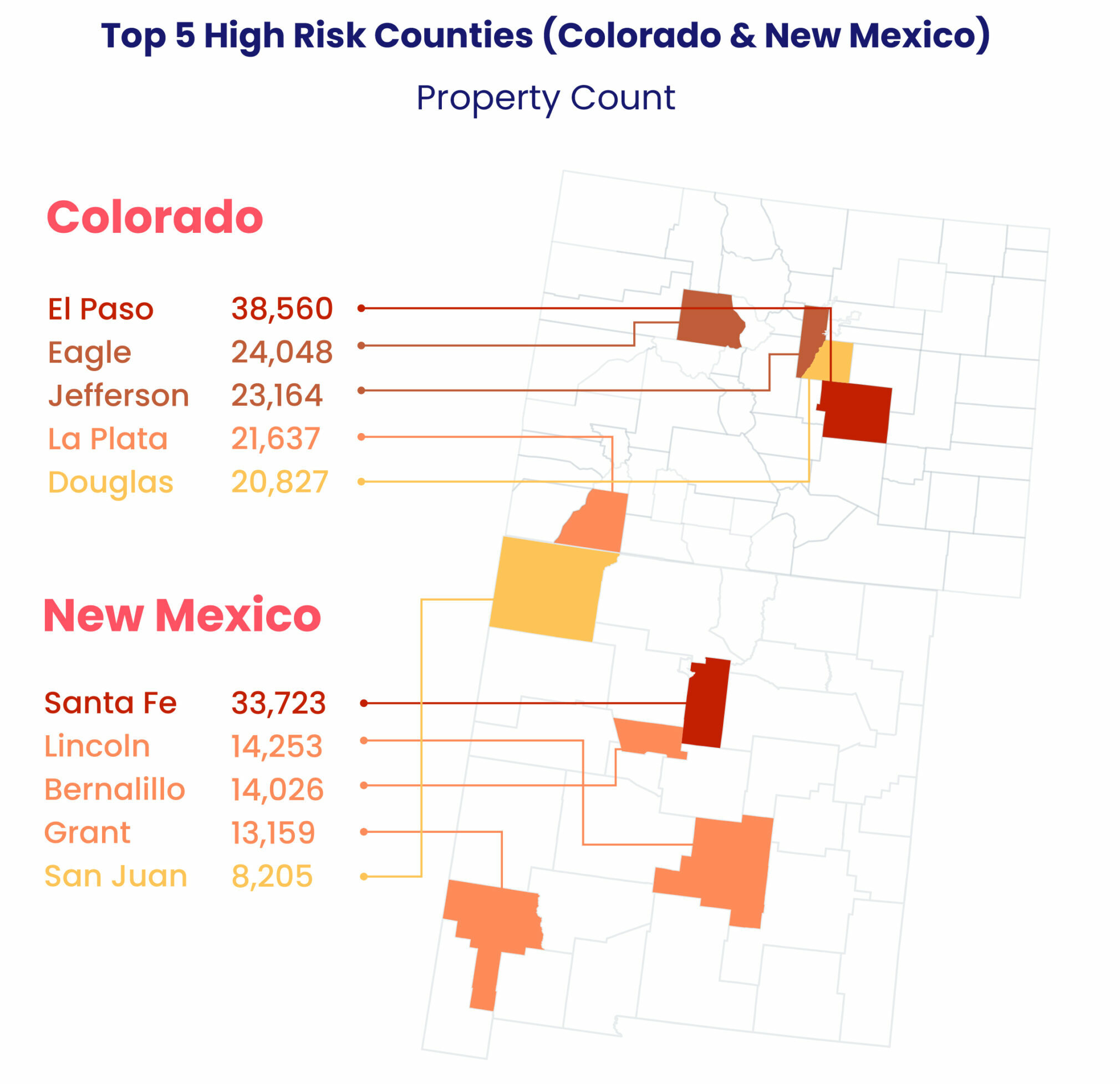 Since the global climate is shifting too quickly to rely on past wildfire activity and property damage as an accurate future barometer, CoreLogic has developed highly accurate risk models with the latest data and analysis from our team of experts. These models evaluate simulations of weather variations and help homeowners, communities, property businesses and insurers plan for risks and losses associated with climate change and the resulting wildfires.

“Consuming thousands of homes in the U.S. every year, wildfires present a real and present threat to our families and communities," said Tom Larsen, Senior Director of Insurance Solutions at CoreLogic. "Mitigating this risk will require commitment from homeowners, first responders, insurers and regulators. A first step in achieving the resilient communities we seek is to quantify what is at risk."

Climate change and the resulting uptick in wildfire activity is particularly relevant to home insurers in states like California, where new regulations will likely go into effect in the summer of 2023. These amended guidelines would require insurers to more accurately account for the mitigation of risks by factoring in a property’s surroundings, attic and subfloor ventilation vulnerabilities, and other circumstances that could affect its exposure to wildfire damage.