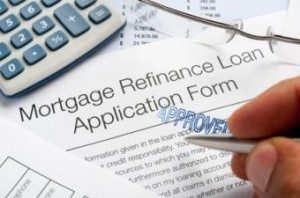 Delinquency rates and serious delinquencies both fell in July, as the prepayment rate increased, according to the latest Mortgage Monitor report from Black Knight. The delinquency rate fell 7.3% while serious delinquencies fell by 11,000 month-over-month. Meanwhile, prepayments increased by 25.7%, which Black Knight notes is the latest, and “loudest,” sign of increased refinance incentive in the market. Black Knight Data & Analytics President Ben Graboske explains that falling interest rates and a subsequent increase in rate/term refinances has worked in servicers’ favor.

“As we’ve reported in the past, retention rates tend to be higher for rate/term refinances than any other type of transaction, and that’s just what we observed as of the end of Q2 2019,” said Graboske. “Falling rates and an abundance of refinance candidates were primary drivers behind servicers retaining 24% of all refinancing borrowers – the highest such retention rate since late 2017 – and 30% of rate/term borrowers specifically. While losing the business of more than two out of every three rate-driven refinance customers is not exactly extraordinary performance, it is significantly better than the sub-20% retention rates seen throughout much of 2018. The good news is that interest rates are at three-year lows, and anecdotal evidence suggests that in recent weeks, mortgage lenders had been inundated with inbound refinance business that’s relatively easy to retain.”

Additionally, tappable equity rose for the second quarter in a row, gaining $335 billion in Q2 2019, now at an all-time high of $6.3 trillion.

“The not-so-good news is that – in an environment of record-high levels of tappable equity and low interest rates that makes cash-out refinances an affordable option for accessing that equity – servicers are retaining just one in five cash-out borrowers,” Graboske adds. “Even though rate-term refis are surging right now, cash-outs still made up some 62% of all refinances in the second quarter. Add to that the fact that borrowers refinancing out of 2012-2017 vintage loans account for nearly half of all refis so far in 2019, nearly 80% were cash-out transactions.”

Previous: What’s Next for Housing Finance Reform?
Next: Mnuchin: ‘We Will Restructure Fannie Mae and Freddie Mac’

What lessons from the Great Recession’s foreclosure and home price data can be applied to more recent market trauma? This story originally appeared in the July edition of DS News.