Home / Daily Dose / Forbearance Update: How the Trends Are Changing

Forbearance Update: How the Trends Are Changing 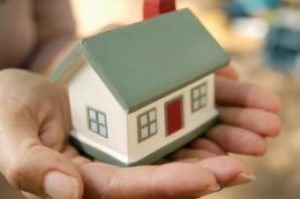 The total number of loans now in forbearance reached 7.16% of servicers' portfolio volume for the week ending August 30, down slightly from the 7.20% level recorded one week earlier, according to the latest Mortgage Bankers Association (MBA) Forbearance and Call Volume Survey.

“The share of Ginnie Mae loans in forbearance increased again this week, as the current economic crisis continues to disproportionately impact borrowers with FHA and VA loans,” said Mike Fratantoni, MBA's SVP and Chief Economist. “As a result, IMB servicers, which have roughly one-third of their portfolio with Ginnie Mae, had a forbearance share that was unchanged, while depositories, which have a larger share of GSE and portfolio loans, saw a decrease.”

The MBA also reported that 35.76% of total loans in forbearance are in the initial forbearance plan stage, compared to 63.29% that are in a forbearance extension. The remaining 0.94% were listed as forbearance re-entries.

Fratantoni added that the current situation is not expected to dramatically change in the near future.

“The labor market continued to heal in August, with strong job growth and a large decline in the unemployment rate,” he observed. “However, the economy still faces an uphill climb and remains far away from full employment. High unemployment, and jobless claims consistently around 1 million a week, continue to cause financial strain for some borrowers, and especially for those who work in industries hardest hit by the pandemic.”

2020-09-09
Christina Hughes Babb
Previous: Expanding Diversity Into the C-Suite
Next: State-By-State, the Desire to Relocate