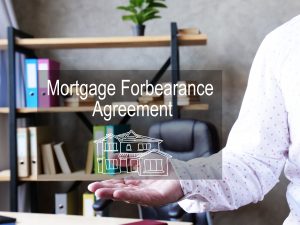 The latest Forbearance and Call Volume Survey from the Mortgage Bankers Association (MBA) has revealed that the total number of loans now in forbearance decreased by 15 basis points from 3.23% of servicers' portfolio volume in the prior week to 3.08% as of September 5, 2021. The MBA estimates that approximately 1.5 million homeowners remain in forbearance plans.

"The share of loans in forbearance decreased by 15 basis points last week, as forbearance exits jumped to their fastest pace since March. The fast pace of exits outweighed the slight increase in new forbearance requests and re-entries," said Mike Fratantoni, MBA's SVP and Chief Economist. "Servicer call volume jumped last week, as summer came to an end and many borrowers reached the end of their forbearance terms. We anticipate a similarly fast pace of exits in the weeks ahead, which should lead to increased call volume and a further decline in the forbearance share."

The number of Americans exiting forbearance plans should continue to rise, as last week, the U.S. Department of Labor (DOL) reported more returning to the workforce. For the week ending September 4, the advance figure for seasonally adjusted initial unemployment claims from the DOL was 310,000, a decrease of 35,000 from the previous week's revised level, marking the lowest level for initial claims since March 14, 2020 when it was 256,000.

Servicers reported a rise in call volume relative to the prior week, from 5.8% to 7.7%, with the average call length increased slightly from 8.1 minutes to 8.2 minutes.