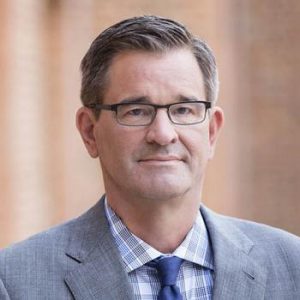 Duncan will deliver his 2023 economic outlook at a live event, Wednesday, Oct. 12 from 6 to 8 p.m. Eastern time at the University Club of New York. At the event, Duncan will be honored with the Lawrence R. Klein Award for Blue Chip Forecast Accuracy, one of the best-known and longest-standing achievements in economic forecasting.

A livestream of the forecast and award ceremony will also be available from 7 to 8 p.m. Eastern, and is free for the public to view.

The award is judged and sponsored by the W. P. Carey School of Business at Arizona State University. The winner is selected based on the accuracy of forecasts published in the Blue Chip Economic Indicators newsletter, compiled and edited by Haver Analytics, Inc.

"It is a real honor for the Fannie Mae forecast team to be recognized with the Lawrence R. Klein Award," said Duncan. "While it is a permanent challenge to accurately forecast macroeconomic activity, it has been particularly difficult during the period including the pandemic. The advent of unparalleled monetary and fiscal policy actions, combined with the lack of health-related historical information on which to base modelled forecasts, required an atypical amount of judgment and humility,”

“Such will continue to be the case in macroeconomic forecasting in the days, weeks, and months ahead, as the repositioning of global supply chains, the ongoing war in Ukraine, global tightening of monetary policy, and fiscal policy constraints challenge us and our forecasting brethren in offering guidance to industry, households, and government,” Duncan concluded.

Ohad Kadan, dean of the W. P. Carey School of Business at Arizona State University, will present Duncan his award, which will be followed by his economic forecast for the coming year. Chryssa Halley, Fannie Mae Executive Vice President and Chief Financial Officer, will introduce Duncan.

"The award is based on the smallest average error for GDP, CPI, and unemployment over the past four years," says Professor of Economics Dennis Hoffman, director of the Office of the University Economist at ASU. "I commend Doug Duncan and his team at Fannie Mae for their remarkable predictions during a period of extensive market fluctuation and instability."

Duncan is responsible for forecasts and analyses of the economy and the housing and mortgage markets at Fannie Mae. He also oversees strategic research regarding the potential impact of external factors on the housing industry. Under his leadership, Fannie Mae's Economic & Strategic Research Group won the NABE Outlook Award, presented annually for the most accurate GDP and Treasury note yield forecasts, in both 2015 and 2016—the first recipient in the award's history to capture the honor two years in a row. In addition, the team was awarded by Pulsenomics for best home price forecast. Duncan was also named one of Bloomberg/BusinessWeek's 50 Most Powerful People in Real Estate.

Prior to joining Fannie Mae, Duncan was Senior Vice President and Chief Economist at the Mortgage Bankers Association. His experience also includes work on the Financial Institutions Project at the U.S. Department of Agriculture and service as a LEGIS Fellow and staff member with the Committee on Banking, Finance, and Urban Affairs for Congressman Bill McCollum in the U.S. House of Representatives. Previously, Duncan was a Board member of the National Association of Business Economics and a Board member and Chairman of Strategies to Elevate People (STEP).

For more information and to register for the virtual portion of the Lawrence R. Klein Award, click here.