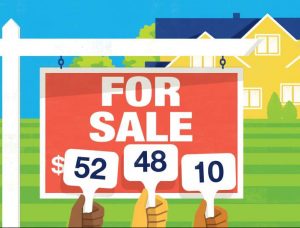 It’s no secret that the combination of rising home prices along with a trend of increasing interest rates have made buying the typical single-family home much more expensive, if not completely unaffordable for many.

According to Joint Center for Housing Studies at Harvard University author Daniel McCue, the median sales price of an existing home exceeded 15% gain from April 2021 to April 2022, going from $340,700 to $391,200. During this same period of time, mortgage rates themselves went from 3.05% to 4.98% (which has since eclipsed the 5.5% mark) changing mortgage costs significantly.

McCue said that the average buyer purchasing an average house with a 30-year fixed-rate mortgage now faces a monthly payment of $2,020 versus $1,400 a year prior. 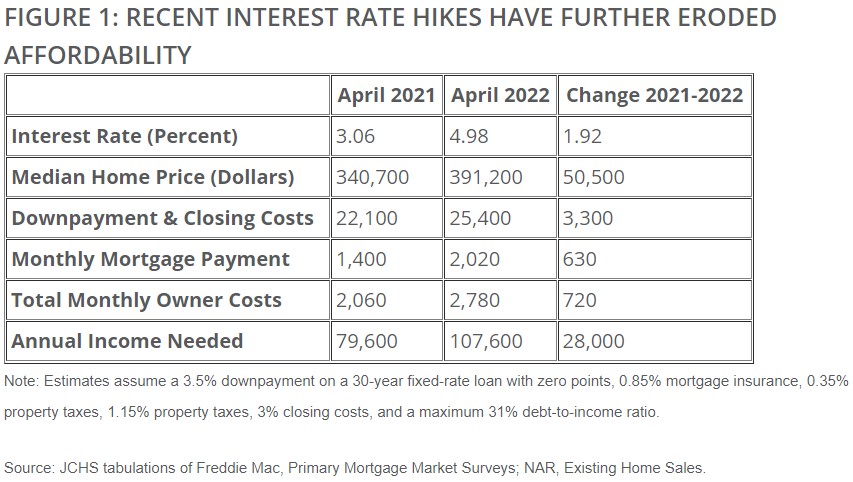 “In markets where the typical home is much more expensive than the U.S. median, a household needs a much higher income,” McCue said in a Housing Perspectives blog post. “For example, in the San Francisco metro, the median home price is $1.5 million, which means a household would need an annual income of over $400,000 to afford the steep $10,700 in monthly owner payments.

“In fast-growing Austin, a household would need an annual income of $165,000 to qualify for a loan on the $600,000 median priced home. This is nearly twice as high as the $84,000 needed to buy the median-priced home in nearby Houston.”

“In all, total monthly payments were up by at least $500 over the past year in 70 of the 100 largest metro areas, including 30 metros where owner costs jumped by more than $1,000 per month,” said McCue. 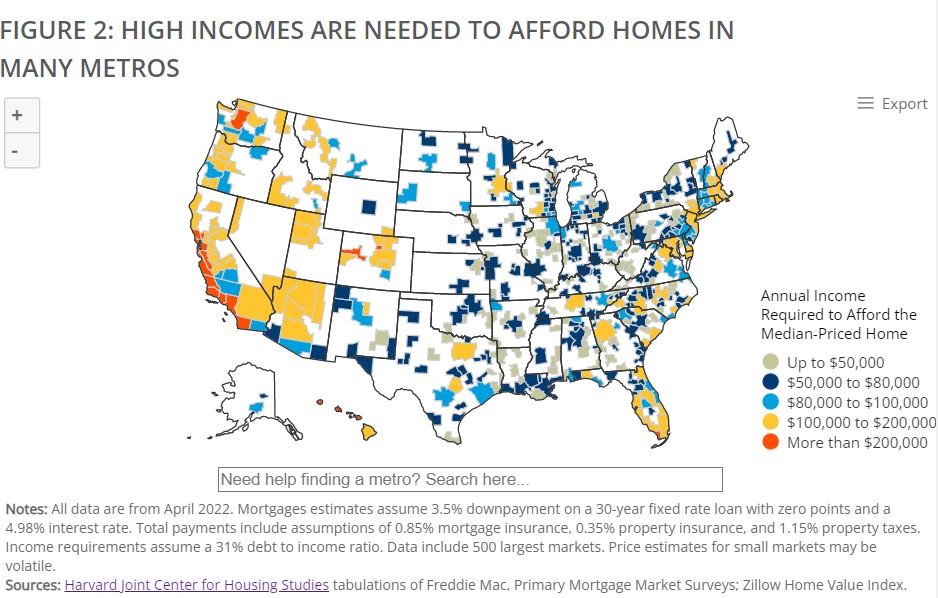 The report concluded saying that the additional barriers to homeownership are hurting consumers because they are not building wealth through home equity. This affects a wide swath of the population, but affects households of color the most.