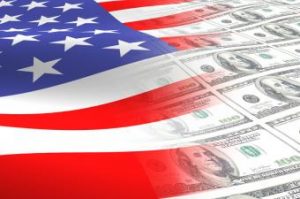 On Monday, the Fannie Mae Economic and Strategic Research Group released its September 2018 Economic and Housing Outlook. According to the report, Fannie Mae maintained its third quarter 2018 economic growth forecast of 3.2 percent annualized, despite slowdowns in consumer spending and business investment fixed growth. Fannie Mae notes that trade and housing will likely subtract from growth this quarter, while inventory growth and government spending may be positive contributors.

“In the second quarter, we marked the ninth anniversary of the current economic expansion; however, it’s also likely that we marked its high point,” said Fannie Mae Chief Economist Doug Duncan. “On the whole, macroeconomic fundamentals remain strong, but signs increasingly point to a softening of third quarter real GDP growth as trade resumes its role as a drag on GDP, and consumer and business demand growth retreat from previous highs. We expect full-year 2018 growth to be the best of the expansion before slowing next year as fiscal stimulus runs its course. The labor market remains solid, and with inflation continuing to straddle the Fed’s two-percent target, our call for two more interest rate hikes in 2018 is unchanged. We expect housing to be a drag once again this quarter. But in a welcome development, some construction material prices have softened, which should help builders to continue to build smaller or less expensive homes most in demand from potential first-time homebuyers. Additionally, the crunch on for-sale inventories of existing homes has eased slightly, hopefully setting up an improvement in the housing market next year.”

The Fannie Mae Economic and Strategic Research Group forecasts a growth rate for 2018 and 2019 of 3.0 percent and 2.3 percent respectively. Fannie Mae also notes that ongoing trade tensions as well as increasing financial stress and currency devaluation in other nations may be downside risks. Other positive factors include the strengthening of the dollar and increasing corporate profits.

Previous: Understanding Volcano Risks to Homes
Next: Industry Recognizes Leadership and Service to the Nation