Home / Daily Dose / Good News for Households: Poverty Down and Income Up

Good News for Households: Poverty Down and Income Up 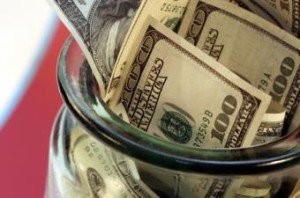 Recently released data from the U.S. Census Bureau reports that the U.S. annual household incomes grew 5.2 percent year-over-year in 2015, to $56,516, the first annual increase since 2007 and the strongest pace of income growth in a decade.

In a recent post from Zillow, it is noted that in particular, income growth was strongest among Hispanic households. This was shown to be an increase of 6.1 percent from 2014 in comparison to 4.4 percent for non-Hispanic whites, 4.1 percent for blacks, and 2.5 percent for Asians. Zillow does note, however, that Asians had overall higher incomes and ended with the largest dollar gains of $2,800, versus $2,600 for non-Hispanic whites and Hispanics, and $1,500 for blacks. Zillow states that this is notable because Hispanics, in particular, were hit hard during the housing bust and the Hispanic homeownership rate has struggled get back to pre-crisis levels. Zillow expects that this strong household income growth among this mostly young population means a likelihood for housing demand in the future.

In addition to increasing household incomes, Zillow states that poverty has also started to reduce. Zillow cites that the poverty rate from 2010 through 2014 remained high, but then declined last year to the lowest level seen since 2008. Despite this though, Zillow shares that except for the recent recession, the poverty rate is currently higher than it has been at any time since 1996.

These positives for household’s financial situations in U.S. households follows similar patterns as those for foreclosure starts and completions as well as loan delinquencies. Recent data from CoreLogic shows that the national foreclosure rate in July was back to where it was in August 2007‒‒a little less than 1 percent overall. Moreover, foreclosures were down in July, compared to June and to a year earlier. In June, the national foreclosure rate was 1.3 percent. By July, CoreLogic reported, that number had shrunk to 0.9 percent. Compared to July 2015, foreclosures are down almost 30 percent, from a total 501,000 homes to 355,000.