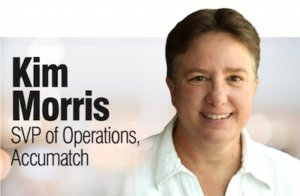 Editor's Note: This article was originally featured in the September issue of DS News, available now.

I began working in the mortgage industry in 1988, just after graduating from college. At that time, it was not about diversity and inclusion; it was about meeting racial quotas for hiring and promoting people. Hiring managers were forced to hire or promote specific ethnic groups or sexes, and you were not always able to hire the most qualified person for the job. This caused a lot of frustration amongst hiring managers and a lot of animosity in the workplace between the selected staff members.

As people truly began to understand  the value of diversity, established quotas quickly became a thing of the past. When  I hire people today, I do not think about employees based on sex, race, color, national origin, or religion. I think about how well this person will fit into the culture that we are trying to build and what added value they can bring to the organization. It is about empowering people and learning from each other, and it must start from the top down in the organization. The more diverse a workforce is, the better variety of ideas are generated, making way for groundbreaking discoveries that may have otherwise gone undiscovered.

Who are your role models in business?

As a child, my father—Ronnie Morris—was my role model in business and life. He was a kind soul that cared so much about people and his business, and he knew that it took relationships in both to be successful. He worked his way up in the mortgage industry from a clerical position all the way to executive management. I always aspired to be just like him and admired him wholeheartedly. Unfortunately, when I was only 23 years old, I abruptly lost my dad to a heart attack. I took that as my queue to follow in his footsteps and entered into the mortgage industry in a clerical role and, like him, have worked my way up to an executive role. Today, I still find myself asking “What would Dad have done?” in different situations. “How would he have reacted? What steps would he have taken to resolve this issue?” I think back to his life and all that I learned from him and somehow always find the answers.

Do you feel you have ever been discriminated against in a business setting? If so, how did you overcome this challenge?

Unfortunately, I understand discrimination firsthand as it has happened to me more than once in my career. Being a young, ambitious woman in business in the early 1990s, most of the ideas that I had were either disregarded or stolen and presented by a man in a higher-level position than me. It was very frustrating, but it did not stop me from coming up with new ideas and at least getting them in front of someone who could implement them. As time went on and perspectives of women in business started to change, I began getting recognition for my contributions. It took a long time and  a lot of frustration, as the only thing that was holding me back in my career was being a strong, smart, outspoken, competitive woman.
I once had a manager who had a problem with the way I dressed. I was well within the dress code, but she didn’t think I looked “feminine” enough. I tried to change the way I dressed to suit her, but being a gay woman, I felt like I was being asked to be something I wasn’t. I felt I had no choice but to give up the job. It was devastating because it had absolutely nothing to do with my performance or abilities.
To add another anecdote, a male boss of mine in the ’90s told me that I would go  a lot further in business if I just did what I was told and did not question why. Since that was not in my nature, it was difficult for me not to voice an opinion. The only  way that I could overcome this situation was to move out from under this particular manager. So, I applied for a new position, reporting to a different manager who respected my opinions and promoted me based on merit. This is how I started moving up in my career and began gaining respect for my own ideas and work ethic.

What do you feel is a common misconception regarding diversity in the mortgage industry?

The most common misconception, and perhaps the most dangerous, is that the job is done—that we’ve accomplished our goal and that everything is all right. It’s easy for people who have not been subject to discrimination or have not been accused of treating people differently to believe that it’s not happening anymore. We’ve had nondiscrimination laws on the books for a long time, so many just assume that if they don’t see someone getting sued that there aren’t any problems. That’s just not the case. I don’t subscribe to the theory that anyone who isn’t actively trying to make the world a better, more diverse place is part of the problem. They’re not a problem, but by ignoring the fact that a problem exists, some people make it much harder for the rest of us to create positive change.

Another misconception is that anyone who is an advocate for diversity is trying to get special treatment. Being treated differently is exactly what people who are fighting for diversity don’t want. They want a workplace where everyone is welcome and free to contribute value and then be rewarded for it fairly. A perfect example  to cite is a smart, young Hispanic woman who was admitted to a university based on the use of race-conscious admission policies. She spent her entire college career trying to prove the legitimacy of her accomplishments. She had to work twice as hard to overcome being judged for her ethnic background.

While diversity and inclusion will certainly be a focus for mortgage professionals in the coming year, what other challenges do you feel the industry will face in the near future?

We expect interest rates to tick up and competition for limited housing inventory to make it harder for originators to maintain volumes. Meanwhile, servicers are under intense regulatory scrutiny right now. Even with talk of changes to Dodd- Frank, it’s not clear what might change or when. This just adds uncertainty, which is no friend of business. Both lenders and servicers are seeking to reduce overall uncertainty in their operations, which is why they are seeking out qualified partners who can guarantee compliance in their areas. The real challenge for the industry this year will be finding the right partners to help them take their businesses into this new home finance environment.