Technology’s Role in Dealing with Disasters 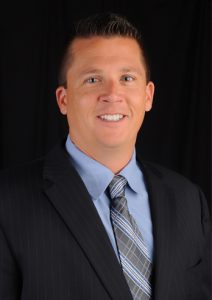 Mosley joined MCS in summer 2008 as AVP of business development, where he was responsible for creating and growing both new and existing business relationships. He later took on additional responsibilities as VP of Operations, including the oversight of inspections and REO operations. In 2012, Mosley was promoted to SVP as he oversaw new business development efforts, industry relations initiatives and corporate expansion.

Mosley now oversees the company’s customer-facing functions including, the management of all MCS client teams as well as business development and marketing.

How has technology changed how companies track and monitor natural disasters?

The main thing technology has done here in recent years has allowed us at MCS and the industry as a whole, to be more proactive, either preparing for a natural disaster or for being more prepared to manage that storm or that disaster right after it happens. Before new technology, the industry was more reactive when a storm or a disaster hit, and then we would have to wait until we could get boots on the ground in those areas to assess the damage. We would require our vendor network in those areas to get in and report back on what the condition of those properties were.

Some of the technology tools that are available really allow us to monitor the storm tracks. Whether it's in preparation or whether it's post the event, the tools allow us to be able to look at those storm tracks, and then really be able to combine that data and those analytics with the portfolios of our mortgage servicing clients to really be able to identify where the risk is at. With one of the storms that came through the central Midwest this past spring, we were able to use the technology that very specifically tracks the storm, to track the tornado. We were then able to overlay the storm track with the portfolio of properties for any one of our clients. With this data, we were able to separate what were the occupied properties and what were the vacant properties.

This allowed us to start to strategize on prioritization of which properties should be inspected, the ones that definitely had a good chance of being in the storm track with a high probability of damage; versus which ones were probably not in the storm track. Even with this new technology, we still have to utilize our vendors to have boots on the ground inspecting these properties, but utilizing new technology allows us to plan and prepare and to prioritize how we react.

What is the biggest mistake that some companies make when using technology?

The absolute biggest mistake is that you can't solely rely on the technology in inspecting a property. There are some high tech tools that are being used in the industry right now. There's satellite imagery, where companies will fly airplanes and have high definition photography of areas from a very high altitude.

These things are great and there are different tools that can be used as part of the management process, but it does not replace having boots on the ground and having an actual professional property inspector visit a property, especially a vacant property. You can see from the air using planes, drones or satellite imagery to see large areas. From the air, you can see things like where there has been flooding, where there are damages and you can see roofs very well. However, having the human element to actually be able to stand in front of that property and walk into that property can often times be more accurate, it has to be a combination of both.

A good example is Superstorm Sandy that hit the Northeast Coast and the amount of storm surge that was pushed into those communities in the Jersey Shore area, and even up into New York City. You could look at the roof of a property, or you could look at a property visually from a bird's eye view, and it looks like there's no damage. But as we had boots on the ground, both representatives from MCS and our vendor contractors in the area, you could walk down a street and one property would have no damage; it escaped the storm, there was no water or wind damage. But then as you approached the property right next door you could immediately see the damage from the amount of water that hit that property. We had entire structures that were pushed six to 12 inches off the foundation, to where that property became uninhabitable and that's something that you can't see from 30,000 feet. That type of damage is something that you have to have boots on the ground, you have to have an actual human element of somebody going in and visually inspecting those properties.

It goes back to only relying on the technology and not including those local property inspectors actually going into those vacant properties. It's a combination of using all the tools that are available, which is really what creates and what results in the best strategy.

How can technology be used in the response efforts and the reaction efforts following a storm?

From a default mortgage servicing perspective, it allows us along with our clients to prioritize based on where the risk is at. Vacant properties are going to carry a higher risk than an occupied property that has a homeowner living in the property. Those consumers and those customers are the utmost value and the utmost concern.

The other piece of that, of where technology can really aid in the response to a disaster is also on the performing side of the house. With all of our mortgage servicer clients on their performing book of business, most of those servicers are doing call campaigns to all of their customers that potentially could have been in the storm track.

What we're able to do is take a portfolio for a customer of their performing loans and overlay those properties into our technology tool to look at the storm tracks and where the actual wind damage was, where the precipitation was or maybe where the flooding was. By looking at elevations, we're able to prioritize and we're able to give feedback to our clients to know that they could have thousands of customers that were impacted by a storm.

Think of Hurricane Irma in Florida that struck in the Keys, went inland on the Gulf Coast and then traveled straight up through the middle of Florida, all the way up through the state. You had thousands and thousands of customers that were impacted.

We’re now able to use our storm tracking technology to provide a tool to our clients. They can prioritize by being able to see, these are the customers we need to start contacting first, here are the ones that probably have less risk that we can contact second and then here's the bucket of customers that we can contact towards the end of the call campaign, because there's a good probability that they didn't suffer any damage.

How important is it that people or industry professionals attend events such as the Disaster Preparedness Symposium?

The Disaster Preparedness Symposium was really a nice range of different experts from all over different sectors of the industry. There were many good perspectives there, where we're able to have dialogue to brainstorm and discuss best practices, both preparing for a storm and reacting to a storm.

It's all about preparedness, you're not going to be able to solve everything and there's always going to be new things that come up and new obstacles and new challenges that we've never experienced before. Attending these types of events is very important in navigating through these obstacles and challenges.

Hurricane Harvey that hit the Texas coast and the Houston area was unprecedented in that a storm of that size made landfall, and then basically stalled and spent two or three days dumping record amounts of rainfall in a very isolated area that had never seen that before. That’s something that was different than every other land falling hurricane that we've ever seen in recent history and really changed the conversation of natural disasters during that time.

You can't plan for everything, but the preparedness is hugely important to try and come up with what you're going to do, have the playbook updated and prepare as much as you can. So at the time when there is a storm or natural disaster, those conversations have been had before. As a service provider, we've had conversations with our mortgage servicing clients, discussing what are we going to do in this situation and how are we going to handle these types of properties so we aren’t trying to figure all that out on the fly when something happens.

Previous: Foreclosures Levels Continue to Drop
Next: A New Alternative to Affordable Housing?