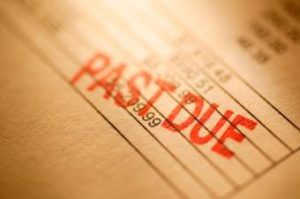 In August, the daylight between early-stage delinquencies and seriously past-due mortgages continued to swell, according to Black Knight's "first look" at August's month-end mortgage performance statistics, which covers the majority of the national mortgage market.

On the heels of falling a combined 0.85 basis points over the previous two months, overall, the national delinquency rate dropped only 0.03 basis points from July.

The share of borrowers with one missed payment already had sagged beneath levels prior to COVID-19. Last month, the sum of all early-stage delinquencies (those 30 and 60 days past due) dropped 9%, also falling below that benchmark.

Meantime, compared to levels prior to the pandemic, there are almost two million more seriously delinquent homeowners. However, stemming from active forbearance plans and moratoriums on foreclosures, as has been the cause, there’s been a quieting of foreclosures.

The national delinquency rate increased by 90.22%, according to Black Knight's latest Mortgage Monitor Report, with 1.6 million new delinquencies since March and a rate of 6.45%, the largest single-month increase on record, according to DSNews.com.

Just three months after hitting a record low in January 2020, the national delinquency rate is now at its highest level since 2013, Black Knight notes.

After falling more than 1.5% below its pre-Great Recession average in early 2020, the national delinquency rate is now 2.25% above that benchmark and may be poised to climb higher in May.

While delinquencies rose by at least a full percentage point in all of the 100 largest U.S. metro areas and all 50 states, impacts varied across the country. Delinquency rate increases in Miami (+7.2%) and Las Vegas (+6.2%) were both more than twice the national rise.

The most significant single-month increases in delinquency rates have been among borrowers with homes in the $400,000 to $500,000 range, with lesser impacts both up and down the home price spectrum. The largest volume of net new delinquencies have still come from more moderately priced homes, simply because that’s where the bulk of the volume lies. Black Knight notes that 50% of the increase in mortgage delinquencies from March to April came on properties valued between $100,000 and $299,000.