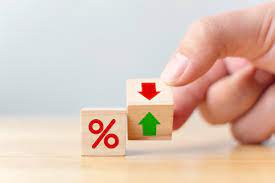 According to new research from Fannie Mae’s Economic and Strategic Research Group (ESR), the housing market is expected to further cool as mortgage rates continue to rise and continues to predict an official recession conditions in 2023.

According to the ESR, economic growth is projected to resume in the second half of 2022, but the combination of inflation, monetary policy tightening, and a slowing housing market is “likely to tip” the economy into a “modest recession” sometime after the new year.

The ESR held steady in their forecast of 0.0% real GDP growth on a full-year basis through 2022, but revised downward its projections for full-year growth by 0.1% to –0.5%.

As core inflation remains higher than the Federal Reserve’s Federal Open Market Committee target of 2%, the ESR continues to believe that further interest rate increases are probable. The group predicts a rate of 3.50% to 3.75% by early 2023, though there is significant uncertainty in what the eventual rate may turn out to be.

Due to the fact that mortgage rates are surpassing 6.5%, the ESR also lowered its forecast for single-family total home sales in 2022 to 5.71 million units and 4.98 million units in 2023, which represent declines of 17.2% and 12.8%, respectively. While multifamily construction remains strong, the ESR Group also revised downward its multifamily starts forecast for 2022 to 542,000 units but continues to expect demand for rental units to remain strong because of the single-family market’s relative unaffordability.

“In our view, the recent interest rate surge is due to the market’s recognition of two critical factors: that inflation is indeed not transitory, and that, to tame it, the Federal Reserve will need to be resolute, even at the risk of possible recession,” said Doug Duncan, Fannie Mae Senior VP and Chief Economist. “Inflation’s entrenchment – and the policy action likely required of the Fed – confirms the expectation in our forecast of a moderate recession beginning in the first quarter of 2023. That said, the rise in rates is having the Fed’s desired effect on housing, as house price growth began to slow in June. We expect the slowdown in housing to continue through 2023 as affordability constraints mount for potential homebuyers, and considering, too, that refinance activity has been significantly curtailed by the rise in mortgage rates.”

In terms of mortgage originations, the forecast for 2022 purchase volumes remains at $1.7 trillion, essentially unchanged from last month. They now expect purchase volumes to fall about 1.5 percent in 2023 to just under $1.7 trillion, a downward revision of $17 billion from last month’s forecast, driven by downward revisions to the forecast for home sales.