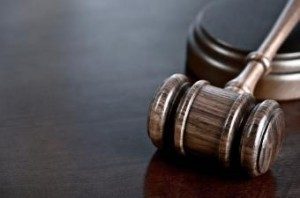 The Florida Supreme Court in Glenville recently clarified when the 60-day deadline for surplus claims from a judicial foreclosure sale begins to run, ruling that the 60-day period begins upon the clerk’s issuance of the certificate of disbursement and not upon the public auction of the property.

The ruling pertained to the case of Bank of New York Mellon v. Glenville and overturns the previous ruling of the Second and Third Districts which held that the 60 days period runs from the actual Foreclosure Sale date.

At the center of the dispute was the question of whether the subordinate lienholder had filed its claim to the surplus amount on time and as per the provisions of Chapter 45 of the Florida Statutes governing judicial sales. Specifically, both parties argued over whether the 60-day period began upon the public auction of the property, the clerk’s issuance of the certificate of title, or some other event.

“By concluding that 60 days after the sale means 60 days after the court issues the certificate of disbursements and not the date of the actual sale, the court confirmed the actual triggering event to the calculation of time for a filing of a claim for surplus,” said Robyn Katz, Managing Partner, Florida Foreclosures at McCalla Raymer Leibert Pierce. “Junior lien holders should monitor the court's docket and clerk's filing of the certificate of disbursement so as to determine the time bar for the claim to surplus. If the time deadline is not met, the junior lien holders will be cut off from their surplus claims.”

This ruling is binding on all counties and circuits in Florida and resolves any pending question about the triggering event to calculate the 60 days to claim a surplus.

Katz told DS News that this ruling also resolved a statutory interpretation dispute between the Second and Fourth Districts in Florida regarding when the 60 days following the sale period begins.

Prior to this ruling, the districts differed in their interpretation of the statute. According to Kelley A. Chida, Associate, Business, Financial Services, and Real Estate at Quintairos, Prieto, Wood & Boyer, while the Fourth District Court’s interpretation was that the 60 day period ran from the date of the filing of the certificate of title, the Second and Third Districts held that the 60-day period ran from the actual foreclosure sale date.

Cases on foreclosure surpluses have gained ground recently thanks to the rise in property values. According to Anthony R. Smith, Attorney at Law at Sirote & Permutt PC, this opinion, resolves the statutory ambiguity and the conflicting appellate court opinions by clarifying that the time to file a claim for those surpluses does not begin to run until after the clerk certifies that a surplus actually exists, is significant. “While this decision gives our clients more time within which to act, they still need to be vigilant in monitoring cases where they are junior lienholder and decide as soon as possible whether they wish to seek any resulting surplus funds,” he said.

“The recent Supreme Court Ruling in Bank of New York Mellon v. Glenville is helpful to all parties involved in the foreclosure case—both plaintiff and surplus claimants—in that it clarifies when the 60-day deadline for surplus claims begins to run under section 45.031, F.S.,” Chida said. “The court reasoned that the triggering date for the 60-day claims period is when the Certificate of Disbursements is issued, which is not always the same day as when the Certificate of Title is issued.”