Home / Daily Dose / The Week Ahead: The First Presidential Debate 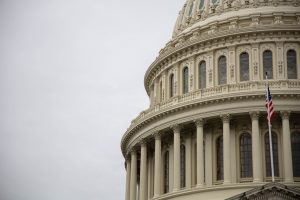 The first debate between Joe Biden and Donald Trump will be moderated by Fox News' Chris Wallace and is scheduled to take place on Tuesday, September 29, at Case Western Reserve University and Cleveland Clinic in Cleveland.
Wallace has announced that the Tuesday debate will cover the following topics: "The Trump and Biden Records," "The Supreme Court," "Covid-19," "The Economy," "Race and Violence in our Cities," and "The Integrity of the Election."
How specifically the candidates will address housing issues remains to be seen. Recently, DS News featured an economist who has published, in great detail, each candidate's stance on issues related to the industry.
"Although housing isn’t one of the hottest topics on the campaign trail, the outcome of the election could have a profound impact on the housing market," Tendayi Kapfidzi, Chief Economist and VP at LendingTree, said. "President Donald Trump, the Republican incumbent, hasn’t laid out any detailed, forward-looking proposals for housing policy, but does have a record he is running on. The Democratic challenger, former vice president Joe Biden, has ambitious housing policy goals outlined on his website."
Kapfidze proceeds to dive into the subject matter with two bulleted lists.

Here is what Donald Trump says he'll do/has done, according to Kapfidze, who expounds further on each point on LendingTree.com:

Kapfidze summarizes that "the President broadly believes that the government should have a limited role in housing regulation and finance. As such, his proposals generally reduce the involvement of the federal government in lending, by proposing to privatize Fannie Mae and Freddie Mac. Trump is also against various consumer protections, having reduced the enforcement powers of the CFPB. He has also worked to remove policies designed to protect consumers against housing discrimination."

As for Joe Biden, he has/promises to (Kapfidze, on LendingTree.com, expounds on each of his following points):

"Biden’s plans are largely designed to assist those who face difficulty and discrimination in accessing the housing market. Broadly, his plans aim to make some progress addressing historical inequities in how housing finance and development has been conducted in the United States," Kapfidze said. "Biden has released detailed plans covering access to housing finance, fighting the racial homeownership gap, increasing affordable housing, protecting renters, fighting homelessness and increasing the supply of homes through zoning changes."

Here's what else is happening in The Week Ahead.