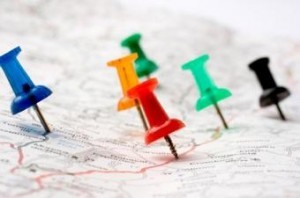 The current pace of home price appreciation, considering that inflation is below the Federal Reserve’s target rate of 2 percent, is probably not sustainable, but the housing market is not in immediate danger of collapse similar to 2008, according to the S&P CoreLogic Case Shiller National Index for July 2016 [1] released Tuesday.

The index is just above half a percentage point from its all-time high—reached in 2006 during the bubble—and home prices appreciated by 5.1 percent over-the-year in July, slightly higher than June’s pace of 5.0 percent. The three cities with the highest over-the-year home price appreciation in July were Portland (12.4 percent), Seattle (11.2 percent), and Denver (9.4 percent).

“The S&P CoreLogic Case Shiller National Index is within 0.6 percent of the record high set in July 2006,” said David M. Blitzer, Managing Director and Chairman of the Index Committee at S&P Dow Jones Indices. “Seven of the 20 cities have already set new record highs. The 10-year, 20-year, and National indices have been rising at about 5 percent per year over the last 24 months. Eight of the cities are seeing prices up 6 percent or more in the last year. Given that the overall inflation is a bit below 2 percent, the pace is probably not sustainable over the long-term. The run-up to the financial crisis was marked with both rising home prices and rapid growth in mortgage debt. Currently, outstanding mortgage debt on one-to-four family homes is 12.6 percent below the peak seen in the first quarter of 2008 and up less than 2 percent in the last four quarters. There is no reason to fear that another massive collapse is around the corner.” Mortgage rates are expected to stay low for the near term following such an action by the Fed. But what effect would it have on home price appreciation?

“Both the housing sector and the economy continue to expand with home prices continuing to rise at about a 5 percent annual rate,” Blitzer said. “The statement issued last week by the Fed after its policy meeting confirms the central bank’s view that the economy will see further gains. Most analysts now expect the Fed to raise interest rates in December. After such Fed action, mortgage rates would still be at historically low levels and would not be a major negative for house prices.”