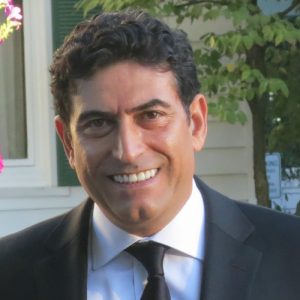 Let’s not sugarcoat things: the homebuying process can be difficult.

Weeks, if not months, are spent with a real estate agent looking for houses. Suburbs? City living? Who knows. Then you need to find a lender, see what your options are with down payments, mortgage rates, interest rates, FHA and traditional loans.

Wait, the seller has a counter offer. Back to the real estate agent to negotiate some more. Finally, a deal is struck, and now you need to close. Make sure you have pay stubs, W2s, credit history, and be prepared to write your signature, alot.

Anyone else exhausted? According to a recent survey, most Americans are, too.

ShelterZoom [1], a New York-based creator of a blockchain-based real estate purchase and rental platform, recently surveyed more than 1,000 Americans on what they thought about the home buying and selling process.

When surveyed, 39% said there’s too much paperwork; 36% said the process takes too long; 28.2% said it is too confusing; and 21% said there are too many people involved.

Allen Alishahi, co-founder and President of ShelterZoom, said, despite the grievances of many Americans, the homebuying process has changed drastically over the past several years.

While also noting transaction aspects have improved greatly, the negotiation side of home buying and selling has been “lacking.” It is his belief that the technology is available for consumers to use and for brokers to benefit from.

Alishahi said technology has provided a great deal of innovation to the home buying process, giving buyers the ability to make an offer online, negotiate, communicate with brokers online, and give the brokers the ability to talk to the buyer and/or the seller.

“You can see it is bringing in a tremendous amount of innovation to the market. So, it really is incredible, the tsunami of technology coming into open up new horizons for the real estate market,” Alishahi said.

The sector driving the real estate industry further into the digital age is the millennials.

Alishahi said they have different demands of the market, and can’t comprehend a time with manual processes.

“It's too much part of their life—having their mobile phone—they want to see everything on the mobile phone,” he said. “They want to be able to communicate, and they're not really interested in face to face communication. Sit, like in the old days, you get in your car, drive to the broker's office and find a parking space, sit there, and he'll give you a paper to sign. They really don't want to have anything to do with that. They like the new capabilities that are coming through technologies, giving them access to quick moves and buy, sell, rent online. So, these things are very important to them.”

Alishahi welcomes the changes technology brings with it. He said that the innovations created because of it are great for the industry.

“I can tell you it’s a lot easier to negotiate on your mobile phone than to drive around town trying to find a buyer with the seller and them to sign things,” he said.

And the move to technology is nothing that will be going away anytime soon, as more and more millennials are expected to flood the market. A report by the Jacksonville Daily Record in July revealed that millennials (aged 23-38 years) made up 51.9% of new-home sales in the area over the past year.

For the most part, Alishahi said, it is the millennials who express the most happiness when buying a home, partly because it is a new and exciting experience. Also, he added millennials express more happiness because they are gaining more control over the process.

“They do their own search, they do their own research, they can check public records and various other sources that ... So, they're actually, because they're more in control of what they are doing, there's also less known for millennials because, that they're so technologically savvy, that they can find out things you know about the property they're buying,” he said. “Everything from, say, crime in the neighborhood. In certain cases, figure out how much it cost them now because they're buying this house to, basically, commute back and forth to the house.”

An important aspect, however, to watch in the coming months is how the market responds to its recent dip. The market fell off the cliff on August 21 [2], as the Dow Jones fell more than 800 points. The market recovered in the coming days, but many economists are still predicting a recession could hit in 2021, or as early as 2020.

Alishahi said during a declining market everything slowdown, including the housing market.

“Buyers now, they are more hesitant, they always think it's better to wait and see what else comes in the market,” he said. “So, the entire process in a declining market is slow with one exception and that's the declining prices. That goes down real fast.”

Respondents in ShelterZoom’s survey, when asked how long they’d be willing to wait to lower prices if their property is not selling, 3.5% said after one week, 19.7% said one month, and 33.2% said after three months.

Seventeen-percent of sellers would drop the price after five months and just 9.4% would slash the price after a year. Of all responded, just 12.3% said they would not lower the price of their home.

What does the future hold for the homebuying process? For Alishahi, it starts and ends with technology. Items such as virtual tours, to negotiations, and the closing and contract process, are all becoming digitized.

He added that the homebuying process is much more geared toward the millennial, as senior buyers are slowly moving out of the housing market.