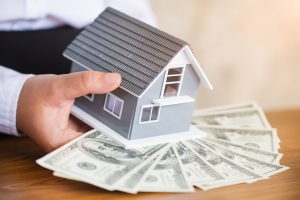 The National Association of Realtors (NAR) has reported that pending home sales rebounded in August, recording significant gains after two prior months of declines, according to its latest Pending Home Sales Index (PHSI) measuring data from August 2021.

Each of the four major U.S. regions mounted month-over-month growth in contract activity; however, those same territories reported decreases in transactions year-over-year, with the Northeast being hit hardest with a double-digit drop. NAR’s PHSI), a forward-looking indicator of home sales based on contract signings, increased 8.1% to 119.5 in August, as year-over-year signings dipped 8.3%. An index of 100 is equal to the level of contract activity in 2001. 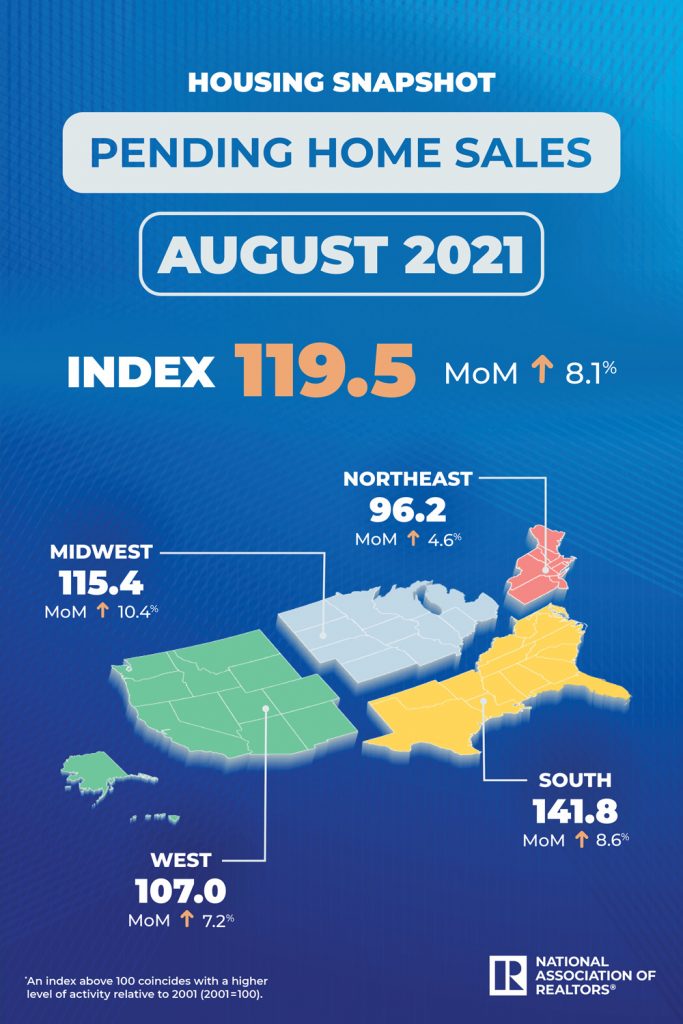 "The more moderately priced regions of the South and Midwest are experiencing stronger signing of contracts to buy, which is not surprising," Yun said. "This can be attributed to some employees who have the flexibility to work from anywhere, as they choose to reside in more affordable places."

Affordability continues to elude many, as a recent report by ATTOM found that U.S. homes were less affordable in Q3 compared to past years, with homes being less affordable in 75% of the counties ATTOM surveyed. This total was up from 56% during the same period in 2020, and represents the highest level of unaffordability since 2008 since wages have largely remained stagnant for years.

“Real estate markets are moving toward a new equilibrium, as the pandemic frenzy to find a more spacious home in greener suburbs and lock in historically-low rates has given way to a more tempered search for affordability,” noted Realtor.com Manager of Economic Research George Ratiu. “Record-high prices are motivating buyers to be more selective, and with monetary tightening expected to push rates higher, buyers are likely to become even more cost-conscious. The days of liberal price-escalation clauses, home inspection waivers and dozens of multiple bids are likely behind us, as the share of homes for sale with price reductions is growing. For millennials and other first-time buyers, today’s markets are signaling a return toward seasonal trends, as improvements in the number of available homes-for-sale are tamping down the unsustainable price trajectory of the last 12 months. A more measured pace of price appreciation is good news for millions of first-time buyers who felt locked-out of the housing market earlier this year.”

Data compiled by Realtor.com Economic Research Analyst Nicolas Bedo and Chief Economist Danielle Hale in their “Hottest Housing Markets” reports revealed that, out of the largest 40 metros, the most improved metros over the past year, as of September 27, were:

“Weekly mortgage applications data also signal increasing demand," said First American Deputy Chief Economist Odeta Kushi. “For the week of September 24, the most recent week of data available, seasonally-adjusted purchase applications are 6.3% higher than two years ago (2020 is not a good benchmark). This is a strong purchase market and the uptick in inventory is bringing back some buyers who pulled back during peak frenzy.”

Previous: The Question of Forbearance Inspections
Next: Enact Names Its Board of Directors