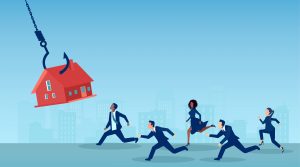 The latest S&P CoreLogic Case-Shiller Indices from S&P Dow Jones Indices for July 2021 has found that that home prices continue to increase across the U.S., with a 19.7% annual gain, up from 18.7% the previous month.

“July 2021 is the fourth consecutive month in which the growth rate of housing prices set a record,” said Craig J. Lazzara, Managing Director and Global Head of Index Investment Strategy at S&P DJI. “The National Composite Index marked its 14th consecutive month of accelerating prices with a 19.7% gain from year-ago levels, up from 18.7% in June and 16.9% in May. This acceleration is also reflected in the 10- and 20-City Composites (up 19.1% and 19.9%, respectively). The last several months have been extraordinary not only in the level of price gains, but in the consistency of gains across the country. In July, all 20 cities rose, and 17 gained more in the 12 months ended in July than they had gained in the 12 months ended in June. Home prices in 19 of our 20 cities now stand at all-time highs, with the sole outlier (Chicago) only 0.3% below its 2006 peak. The National Composite, as well as the 10- and 20-City indices, are likewise at their all-time highs.”

The 10-City Composite annual increase came in at 19.1%, up from 18.5% the previous month. The 20-City Composite posted a 19.9% year-over-year gain, up from 19.1% the previous month. Phoenix; San Diego, California; and Seattle reported the highest year-over-year gains among the 20 cities in July, with Phoenix leading the way with a 32.4% increase, followed by San Diego at 27.8%, and Seattle with a 25.5% increase. 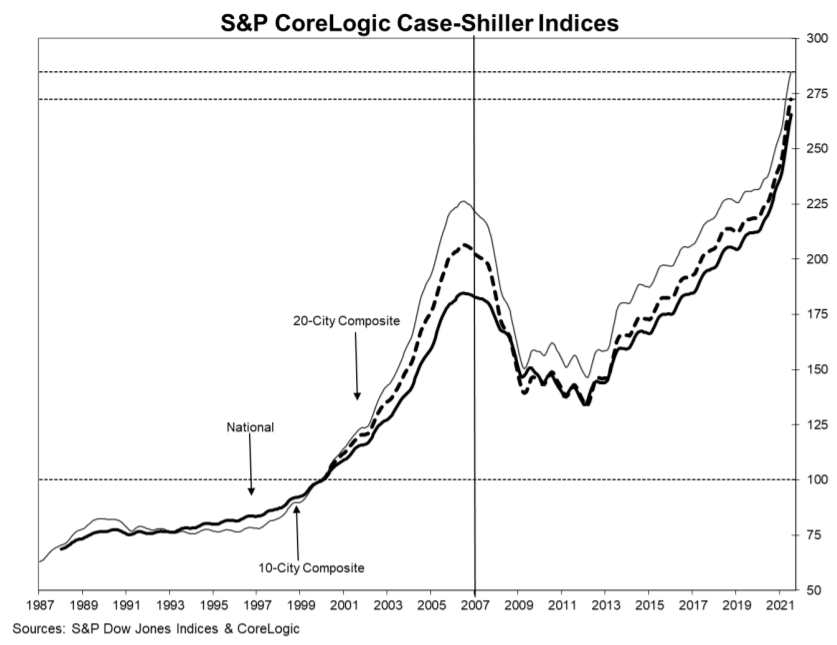 “July’s 19.7% price gain for the National Composite is the highest reading in more than 30 years of S&P CoreLogic Case-Shiller data,” said Lazzara. “This month, New York joined Boston, Charlotte, Cleveland, Dallas, Denver, and Seattle in recording their all-time highest 12-month gains. Price gains in all 20 cities were in the top quintile of historical performance; in 15 cities, price gains were in the top five percent of historical performance.”

George Ratiu, Manager of Economic Research at Realtor.com, noted, “July also saw a rising wave of homes coming to market as many homeowners decided to press forward with pandemic-delayed plans, which spurred sales activity. The flow of fresh inventory on Realtor.com, which continued into August, offered buyers more options and helped take some of the sting out of skyrocketing prices and the frenzied pace from earlier in 2021. While prices continue to rise, the rate of growth has been moderating. This is expected to temper as we move further through the fall season and white-hot market competition mellows into more typical seasonal patterns. For many buyers, autumn is already providing better buying opportunities, with fewer competing bids, the return of contingencies and more listings with price reductions.” 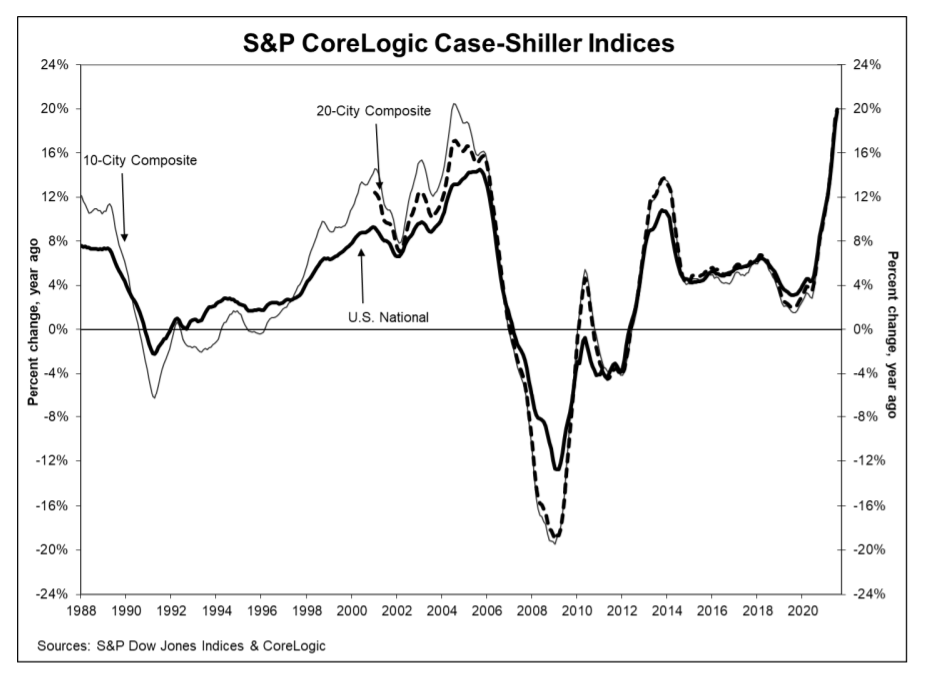 Despite the rise in prices, affordability remains a hot-button topic for many millennials and first-time buyers, according to a report by ATTOM, homes were less affordable in Q3 of 2021 compared with past years, with homes less affordable in 75% of the counties surveyed—up from 56% during the same period in 2020, yet marking the highest level of unaffordability since 2008 due to the fact that wages have largely remained stagnant for years.

“We have previously suggested that the strength in the U.S. housing market is being driven in part by a reaction to the COVID pandemic, as potential buyers move from urban apartments to suburban homes. July’s data are consistent with this hypothesis,” said Lazzara. “This demand surge may simply represent an acceleration of purchases that would have occurred anyway over the next several years. Alternatively, there may have been a secular change in locational preferences, leading to a permanent shift in the demand curve for housing. More time and data will be required to analyze this question.”